Sky Deep is an american Producer, DJ, Musician, Live Performer and award-winning filmmaker based in Berlin. In October, she is bringing a Reclaim the Beats Stage from Berlin to LA for the first time.

What made you decide to make the move from the US to Berlin?

Well I came to do a short European tour with my Brooklyn-based band back in 2013. We spent most of the time in Berlin because I knew a couple of people here that I originally met in NYC. I also made some new friends during the trip and even developed a long distance dating situation which went on for about a year after I returned to Brooklyn. I knew I wanted to do some more performances in Europe so I applied for artist residencies too. I decided to accept an offer from D'Clinic in Slovenia and I also had received an offer to teach as a team member for an international girls music camp at Internationales Haus Sonnenberg in the Harz Mountains of Germany. So I didn't actually just decide to move. It was almost an accident. The time distance between my teaching job and my artist residency would have kept me in the Schengen area longer than the allowed 90 day tourist visa. I only discovered this 2 weeks before going to Slovenia, so I had to hurry and get my documents right to apply for a visa extension... but instead I decided to try for a visa to see what might happen. I wanted to keep growing my work opportunities and business here, if possible. Fortunately, my application was approved and I didn't return to live in the USA. I stayed.

You are a true multi-talent, working as a DJ, instrumentalist, producer, music tech teacher, adult movie director… It’s a pretty long list. How do you manage to combine all your talents?

Every year, I try to simplify my life and every year it grows more complicated but also more fulfilling. I follow the impulses of my butterfly-like ambitions but with the rigor and focus of a robot. It takes a lot of effort to push through inner fears to continue reaching for my wildest dreams.. and I don't always get what I exactly imagined but rewards always come through. It's a constant learning process in strengthening my self-care abilities. I never want to limit myself, so I better treat myself right!

How did moving abroad influence your work?

It influenced my work in a huge way because I got to meet so many people from different backgrounds and styles. It helps me to really know that the world is bigger than I can even imagine... I have been more adventures in my work, AND I've gotten to share it with so many more people. It just feeds my soul and opens my eyes to other perspectives.

What is your favorite place in Berlin/ LA?

No matter where I go, I'm always hunting for the perfect Tacos and Burritos! So far in Berlin, I love Dolores which is near KaDeWe and in LosAngeles, I can't get enough of the many taco trucks. Sadly I don't know the specific ones to mention. Otherwise, in LA I often crave a cocktail and an appetizer at the Stinking Rose on LaCienega. It brings back good memories.

Can you tell us a bit about the concept of the Reclaim the Beats Festival? What did inspire you to bring RTB to life?

My idea for Reclaim the Beats came up for a few reasons. One, because I was surprised that even though House, Techno and RockNRoll were created by queers & people of color, many people saw these genres as music from and for white people. Somehow only HipHop and R&B were strongly associated with brown communities. This made me sad because for a long time, I have played, written and loved genres of music where I was constantly being told I didn't belong to my culture. But because I knew the truth, I decided to create an event to raise awareness about these issues while casting the spotlight on POC and Queer performers who are still keeping active in these genres. The goal was to honor the legends but continue to inspire the future legacy.

Reclaim the Beats is now coming from Berlin to LA for the first time in October. What can Angelenos expect?

Well It's very exciting to have been offered the chance to have a Reclaim the Beats floor at the festival in a beautiful venue like the Echoplex. On this night, House music will be our angle. But there will be techno and another live act right next door in the Echo. We have a great lineup of Dj's like Tyree Cooper and Eric D. Clark who have been around since the start of House and Techno and also Whitney Day who is a strong figure in creating events and visibility for the queer scene in the states for many years. Also, I myself will debut a live hardware set. I'm also looking forward to the stunning visuals from CLOAKING.

See Sky Deep live at From Germany to LA Festival 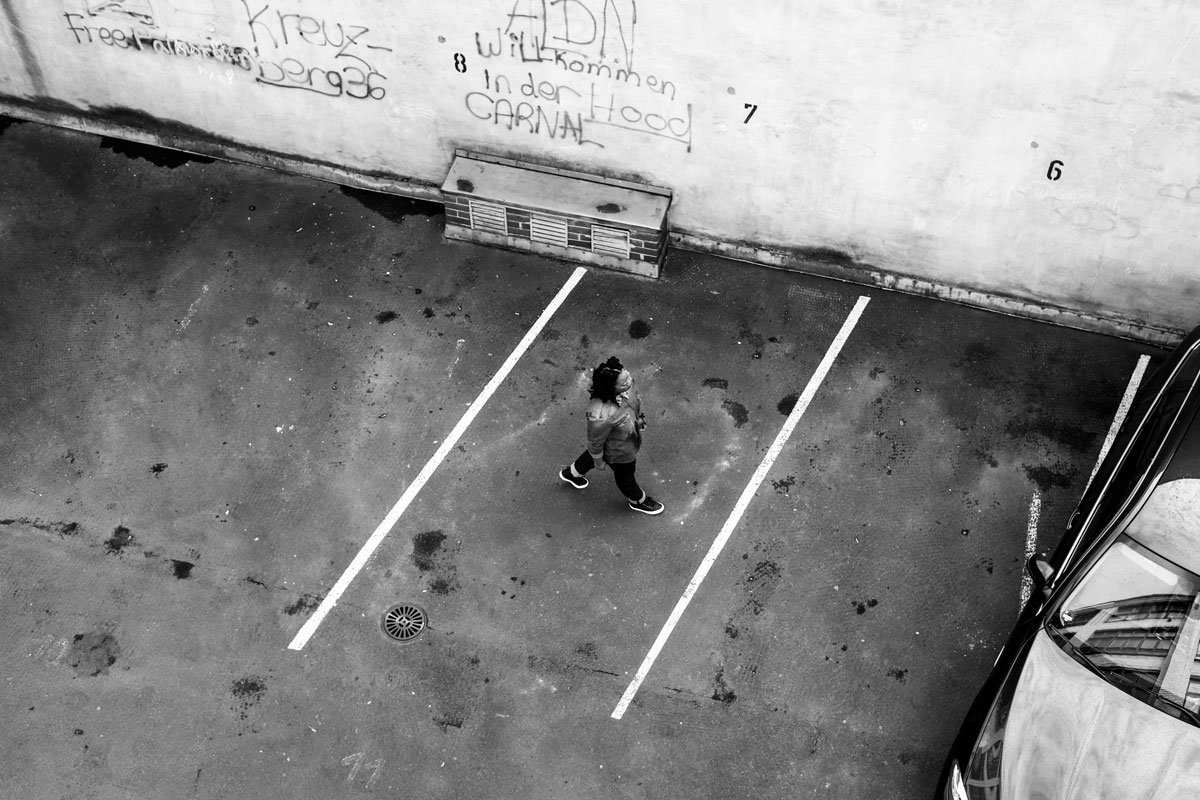 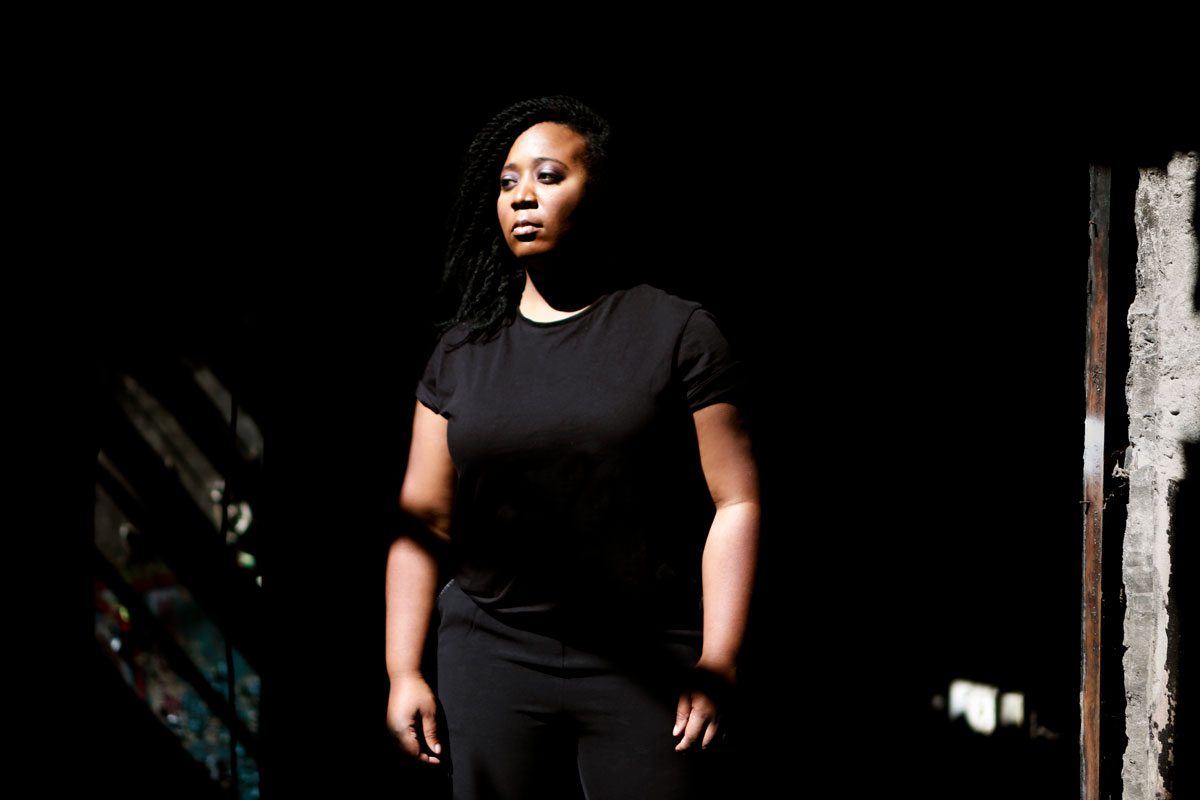 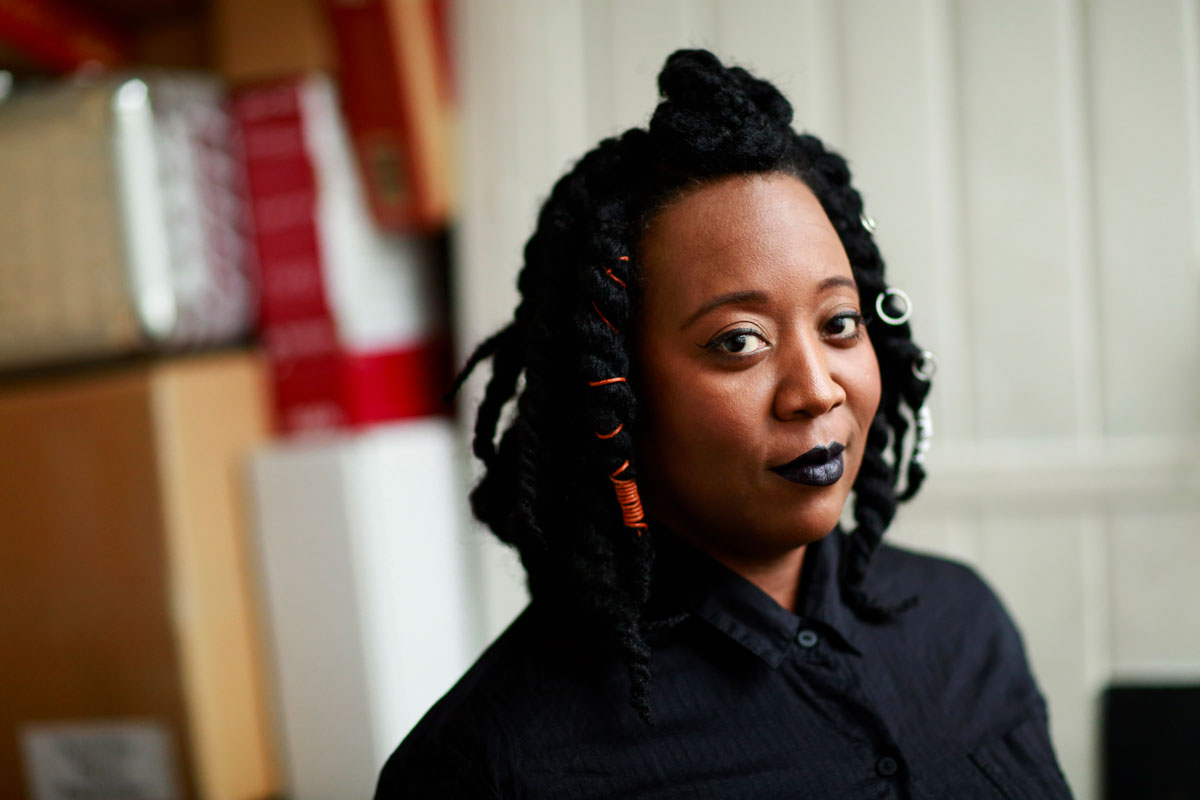 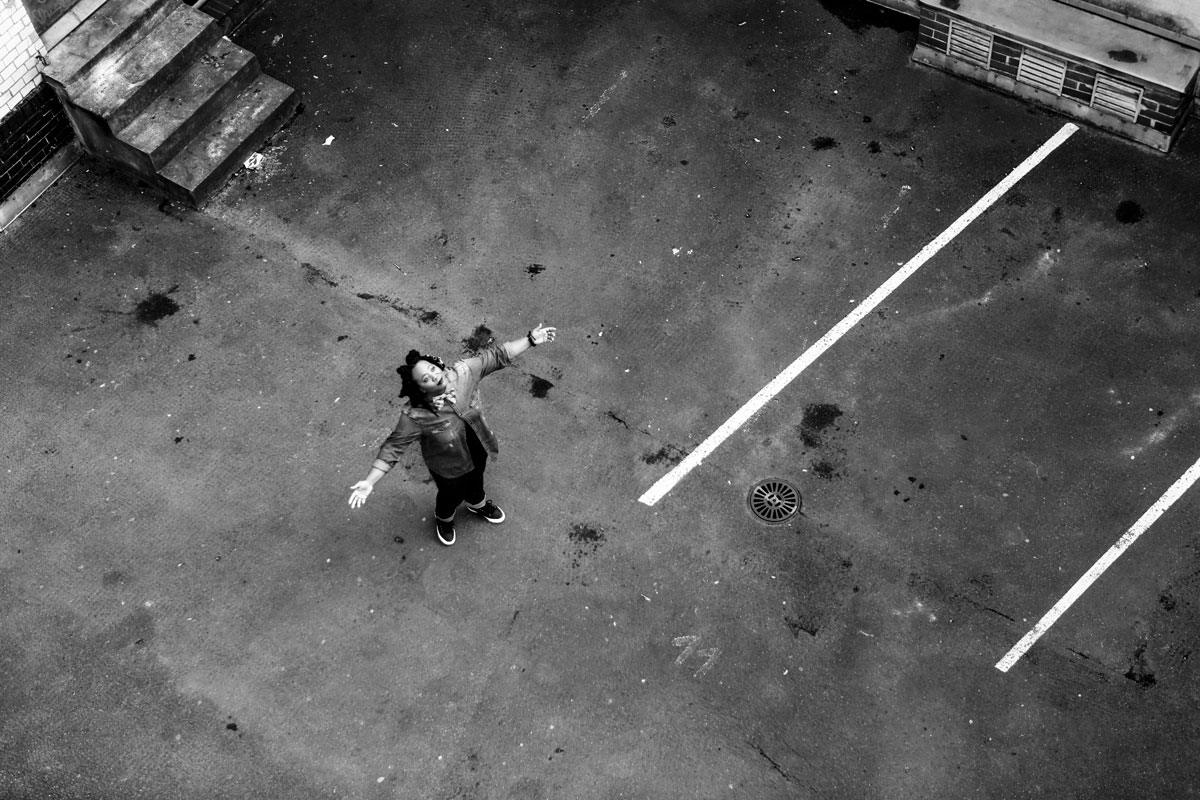 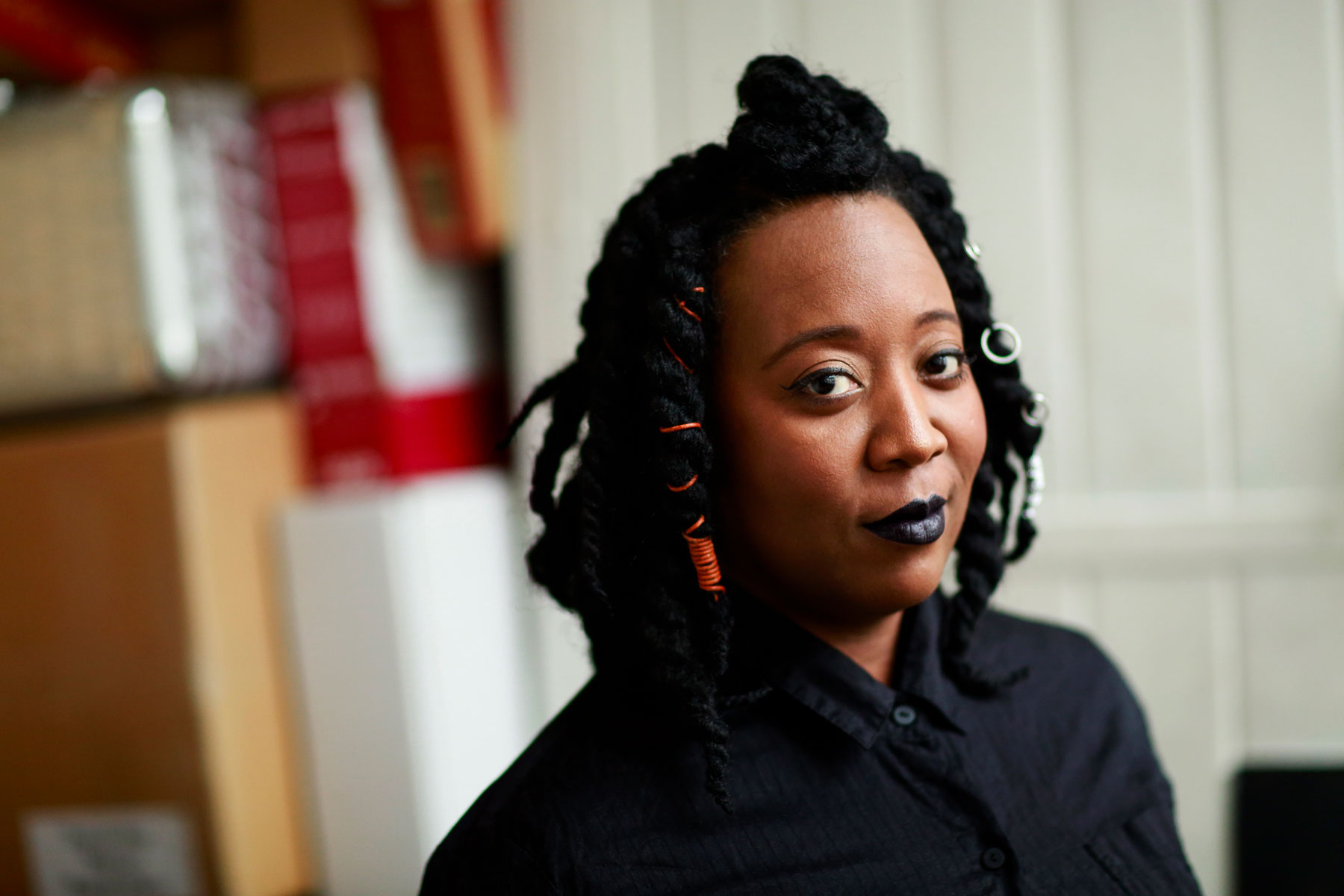 From launching a label and curating a festival to running a successful club-night and producing award-winning porn films, Sky Deep is an artist to aspire to in our generation. Based in Berlin, she has lived half her life in NYC and Los Angeles. She has been a touring DJ/performer through Europe and USA for the last several years. She is also a member of the collective female:pressure and a proud activist in the LGBTQ+ community. Film is something Sky is passionate about, scooping up an award for her directorial debut; an independent movie that screened at film festivals worldwide. She juggles this venture amongst making music, which she releases via her very own Reveller Records, and moonlighting as a festival curator for Berlin’s Reclaim The Beats. House music is her constant life force and she lives to connect passions -- crossing over with other genres such as Funk, Soul, Bass and Techno. In addition to it all, she is also an educator. Her newest project is a music tech YouTube series called, "How I Do Dat Like That", where she shares her production process, her love for music gear and studio days.