Are Berlin and Los Angeles a good pair?
Absolutely!

The two cities are known to ignite a spectrum of emotions from frustration to euphoria. They are emotional and creative playgrounds for us to think and express ourselves without restrictions. The cities pave their own path with little regard to traditional norms, resulting in redefined standards. Berlin and Los Angeles continue to be the backdrops for creatives and innovators to revolutionize the arts, sciences, and technology industries.

2017 Los Angeles and Berlin are celebrating their 50th anniversary as sister cities.

Their stories first collided in the early 1920s and 1930s, when 800 members of the creative community fled to Los Angeles due to the Nazis. In the beginning, Berliners called the city “Weimar at Pacific” or “Living hell”. Directors like Billy Wilder bloomed at the time, while others like Fritz Lang fought for creative freedom with his cinematic style. Eventually, Lang compromised and traded in his monocle for cowboy boots and glasses.

During the 90s, more Berliners were drawn to LA: Udo Kier - the hero of Warhol, as well as Wim Wenders who has now been in LA for years. 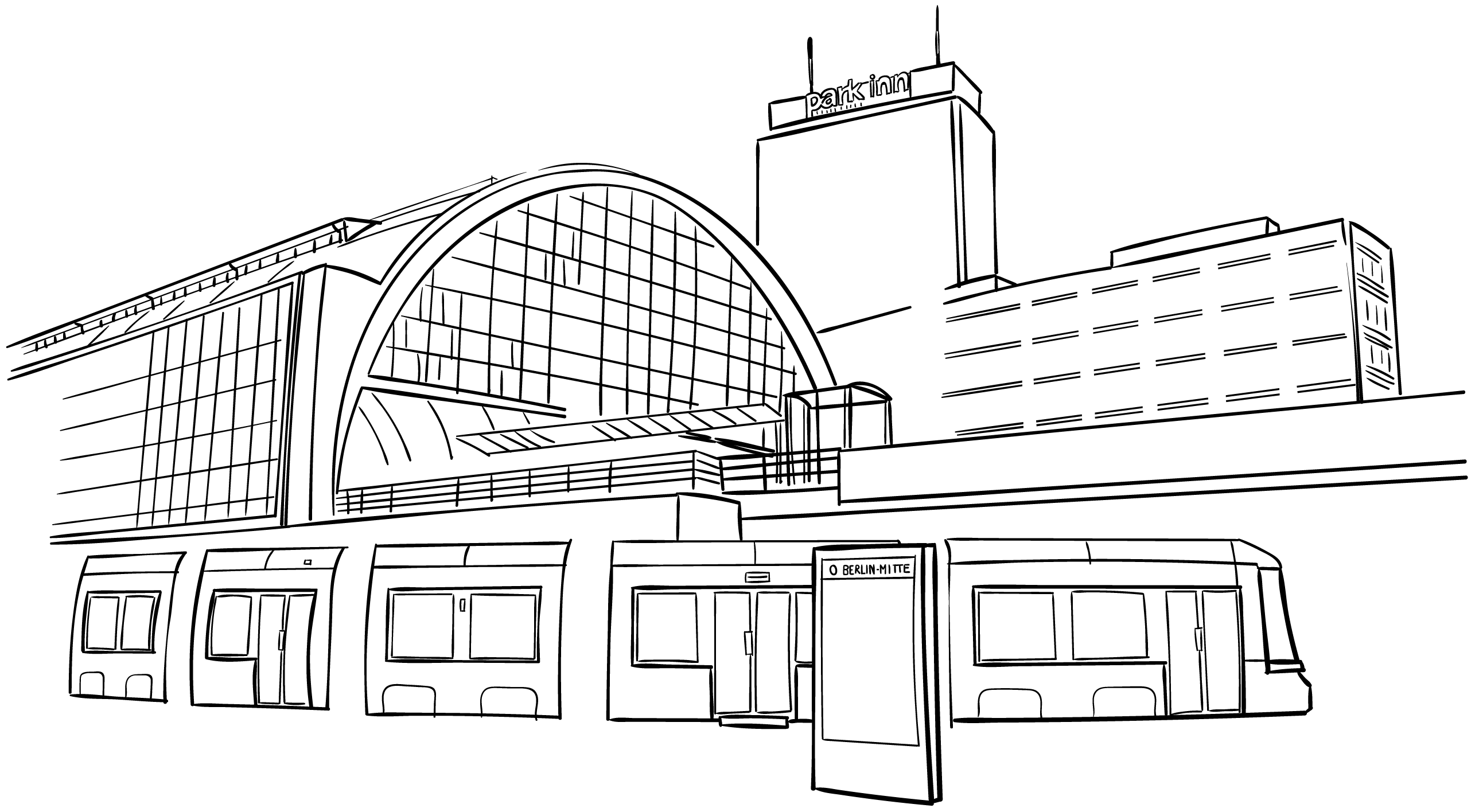 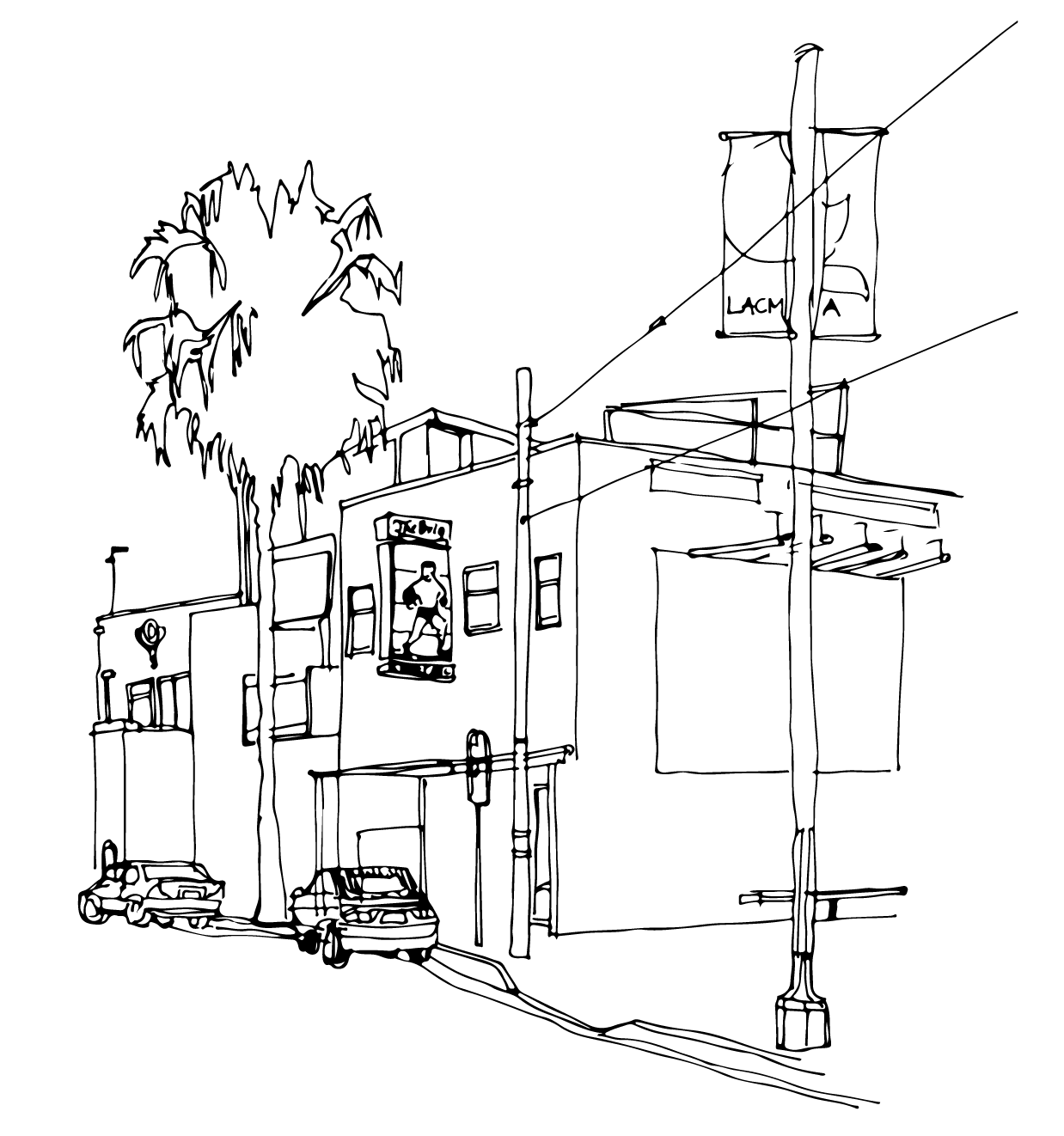 Regarded as two of the best cities for creatives, Los Angeles and Berlin have garnered a flourishing creative community in the arts, tech, and film industries over the years. Musicians, artists and start-up founders look to the cities to start fresh and begin their creative careers. The cities are made for transformation, which is why they have been closely associated for 50 years as 'Sister Cities'.

We live in the digital age, one that brings people, ideas and visions together.  This website is a digital platform that intends to communicate on a more direct human-to-human level. Berliners and Angelenos who have businesses and ideas will meet here in a more direct and uninhibited way. From now on, a new era begins, a new life for the "Sister Cities", and it will start here.

www.berlin-losangeles.com is the digital home of the two sister cities and is supported and co-funded by the Sister Cities of Los Angeles and The Governing Mayor of Berlin – Senate Chancellery.

BERLIN LOS ANGELES is the digital home of the two sister cities
and is supported and co-funded by the Sister Cities of Los Angeles and The Governing Mayor of Berlin – Senate Chancellery.
BOLD LA is responsible for project management and curated content. 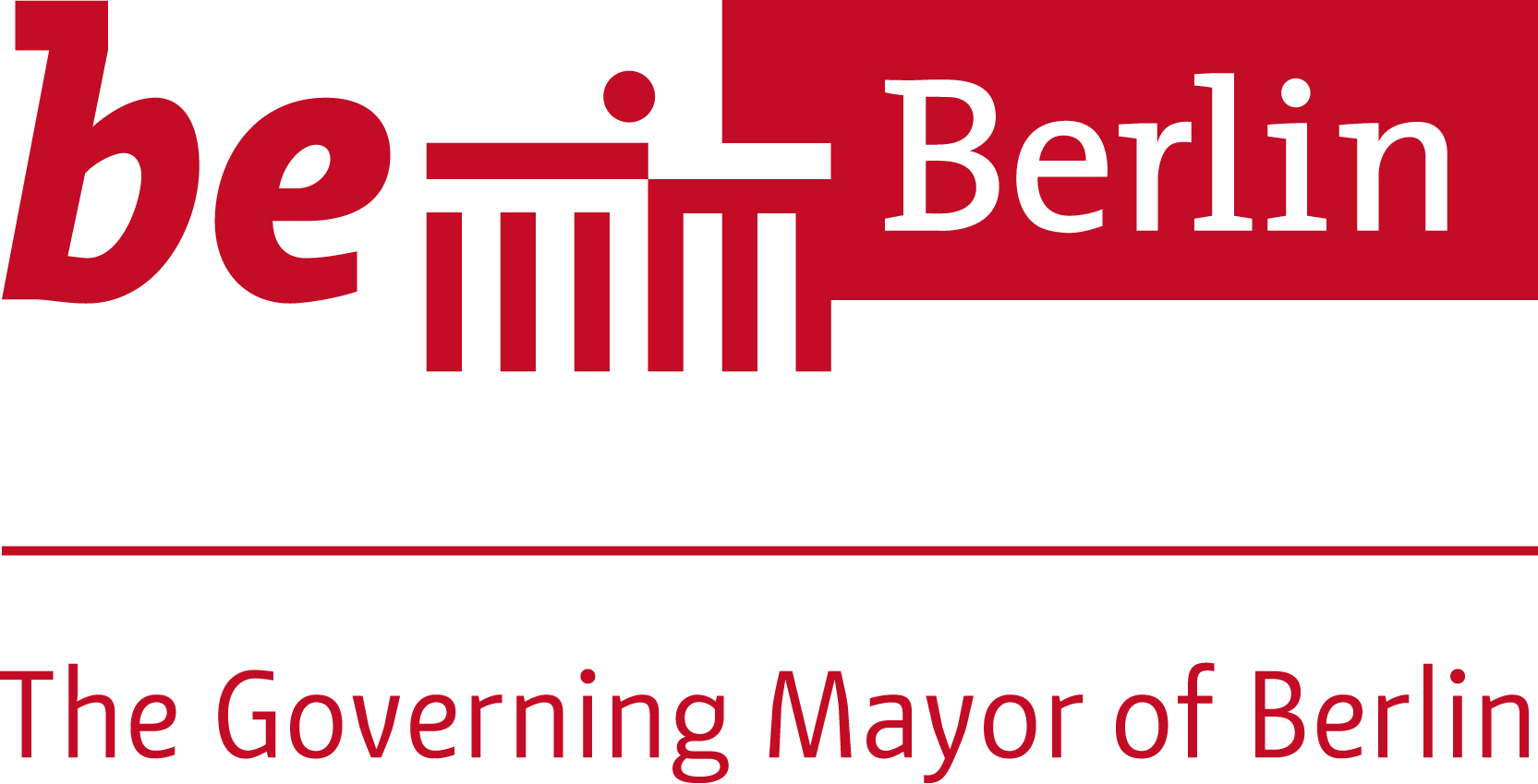 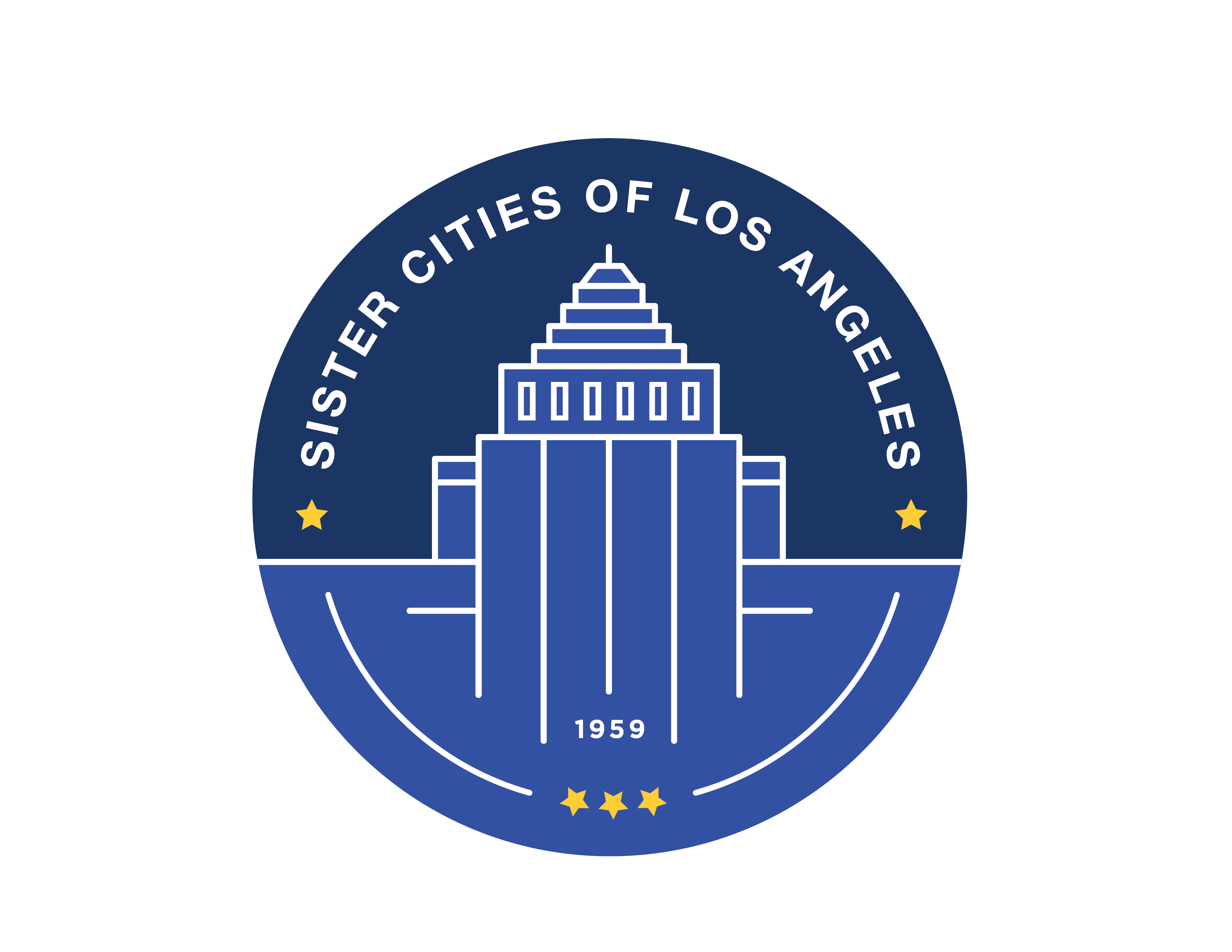 I am working in LA and Berlin as CEO of the communications agency BOLD. I am a hopeless optimist, love driving my vintage Mercedes convertible and listening to 90s Hip-Hop. Why LA? I can’t decide between urban life and nature, I can never get enough sushi, sun and palm trees. Los Angeles is my dream place to live: visionary, inspiring, breaking the glass ceiling, endless opposites, so many more layers and depth than you expect at first sight. And Berlin will always be close to my heart - it is the first place I ever called home: fun, free, social, 24/7, creative and the most amazing people live in Berlin.

I was born in Alsace Lorraine, half French, half German. I worked as a reporter for Vanity Fair in the 2000nds in Berlin and I was travel addict at the time, then I went to Hollywood, became a correspondent for “GQ” and “Süddeutsche Zeitung” in Los Angeles. I love interviewing people, my favorite ones were Amy Winehouse, Michel Douglas, Hugh Hefner. In 2015 I published my first novel “Giraffen”. I am a strong admirer, almost an annoying fan of  GOOP, Lena Dunham, “GiRLS" Kelly Oxford and Judd Apatow. I am a kundalini yoga person, caffeine friend, hiking lover. I feel at ease in LA. It’s the place where I can get closest to the person I am now.

I didn’t know what to expect when I came to live in Los Angeles for a year. This was over 5 years ago and what I know now: I love the city with its special vibe of possibilities, the diversity of daring and creative Angelenos and my new found community in Malibu. It’s the best place in the world for raising my little son Theodor. Born and raised in Halle/Saale, East-Berlin was the chosen city for travels, I still recall wandering the streets of Berlin ending up in front of the wall with no access to West-Berlin and the rest of world. Berlin now? It became a great city, open and multi-cultural - just like LA. And I am enjoying to be a small part of both.

I moved to Los Angeles in 2014. I was impressed by the endless sunshine and the ocean in front of the door, but also shocked by the extreme homelessness and annoyed by the unpredictable traffic. Nevertheless, after finishing my MA with focus on intercultural and political communication, I moved back to the west coast. Redondo Beach is my happy place and home. Los Angeles is an adventure that takes time: to understand and discover.
Many of my friends sooner or later moved to Berlin. The story is always the same: temporarily attracted and Berlin did not let them go. With them also the opportunities for capital visits rose. I love the multicultural atmosphere, the diverse neighborhoods, the hip coffee shops and the casual flea market culture.

Being born and raised in Berlin by Russian parents and being exposed to diverse cultures, my curiosity for other countries and living abroad was triggered since I was a teenager. I grew up doing professional figure skating in the German National Team – Team Berlin 1 – for 15 years and developed a love affair with the world of entertainment and media. Eventually, I decided to move to sunny LA to get my B.A. in Multimedia Production and didn’t regret my decision one day! I started off my journey with Berlin Los Angeles when I was interning at BOLD LA. I was, and still am, so excited to share stories of people who have a connection with my two of my favorite cities in the word! If anyone would ask me where I feel at home, I would probably say Berlin and LA, since I connect with both cities so much and couldn’t resist either of them. Now, I work at BOLD Berlin as a PR Manager for fashion and beauty brands. But watch out LA… I will be back soon.

For me as a native 'Berliner', LA has been a very unexpected love affair. My husband and I spent four years in the epicenter of the LA film industry and are currently in the midst of relocating back to LA. When I think of LA, I think of a place where magic can happen, where everything - regardless how crazy it may seem - is possible. LA means discovering a neighborhood for every mood, my love for mid-century homes, the possibility of escaping into the desert overnight and zone out in the sunshine for a while. Berlin, on the other hand, will always be my home. I love the non-careerist culture and diversity of the city. Berlin and LA - despite the weather - have so much in common, both constantly reinventing themselves with an electric energy and creativity around them that it is contagious. 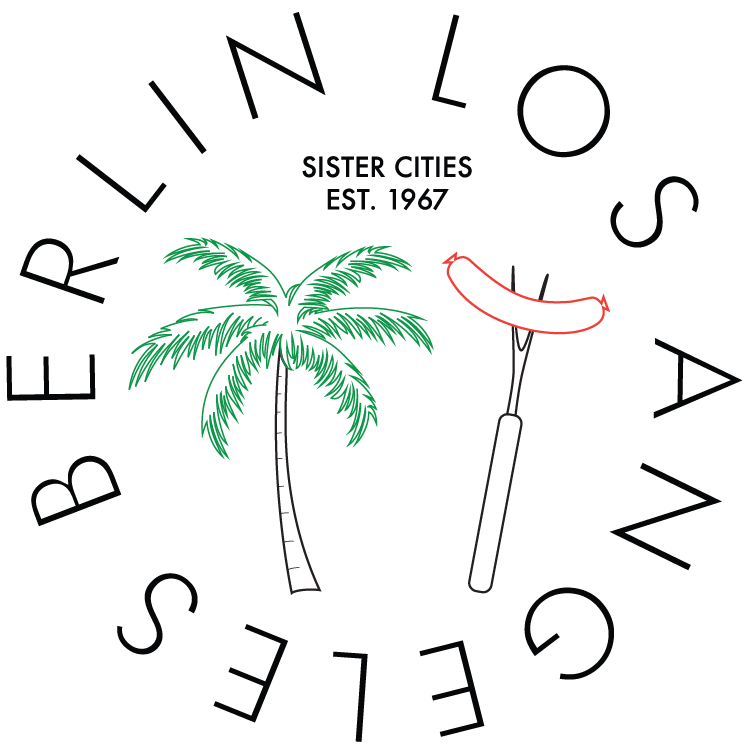