It was 20 years ago that Sans left California. He had been a student in the Product Design department of Art Center College of Design and lived in Los Angeles for 4 years. He lived in Highland Park on North Figueroa and the corner of Ave 58 for 4 years. It was anything but a good area. Every night you could see helicopters with bright search lights above this neighborhood. It was one of the hot-spots of Hispanic gang culture. Today it is unrecognizable because the area has totally changed and become one of the trendiest areas of Los Angeles’ north-east. Coffee-places, bars, barber-shops (yes, still the hipster-beard-thing going on here). Most of the students back in the 90’s lived in Pasadena, but they now call Highland Park their home.

"I still remember very well, that I had been the only one amongst my fellow students living there," says Sans. "The area now reminds me a little bit of Berlin, not only visually, but also I see a similarity in the fact, that whole areas of a town can change their face and appearance totally."

But it is not the similarities of both cities that Sans is interested in, but rather the differences. To have a foot in the door in both Berlin and Los Angeles, to be able to teach and work in two different 'worlds' is extremely inspiring because of the differences.

Born in Boppard, a small and sedate town on the Rhine in West Germany, Sans later lived in lots of different places: Florence, the Geneva lake in the French part of Switzerland (When the Art Center College of Design had a second campus there, and where the designer started his studies back in 1994), New York, London and various cities in Germany. All were different stages in his career, and now, it is Berlin and Los Angeles.

"It was only in Los Angeles, that I felt like home from the first minute on. I remember how - literally - big and free it felt, when I was lying in the sand in Santa Monica the same day I arrived or, just shortly after, when (an obligatory thing to do for all European students) I drove my own V8 (always broken). Also when hanging out in 'The Derbys' or 'The Dresden', where we managed to spend endless hours with Marty and Elayne (still there - so not all things change) with the help of countless Gin-Tonics."

That’s how the American students feel when they arrive in Berlin to spend a term abroad to work on mostly interdisciplinary projects at Art Center Berlin. Mauerpark, Currywurst, and Berghain are all extremely exciting for the first two weeks. Then they discover that Berlin has much more to offer.

"I really enjoy seeing the students become more and more a part of their new home and also immersed into Berlin. It is even nicer to experience that even after they have left the town and gone back to LA, they keep in contact and sometimes even come back in order to do an internship or even find work in Berlin. Jesse Portillo (who also kindly agreed to take the photos for this article) is such a case: The Angeleno has started off as a Photo-major and decided to branch out into art direction. He had been part of the ArtCenter-Berlin-program twice and is now looking for an international career as a designer. One possible location: Berlin."

Sans is currently in LA for 4 months again. "I really enjoy my time here. No need to talk about the weather. Only very few people need the Berlin winter. I am not one of them." But that of course is not the only reason for him to be in California. "Besides teaching several classes at the Art Center Pasadena I work on projects for mostly German clients. It still feels very good to be in Los Angeles: A different energy, a different pace, a different light, different visual input. Much friendlier overall. Also, much less aggressive, I’d say. It seems as if I can, being from the Rhine-valley, at least once in a while do without the Prussians." 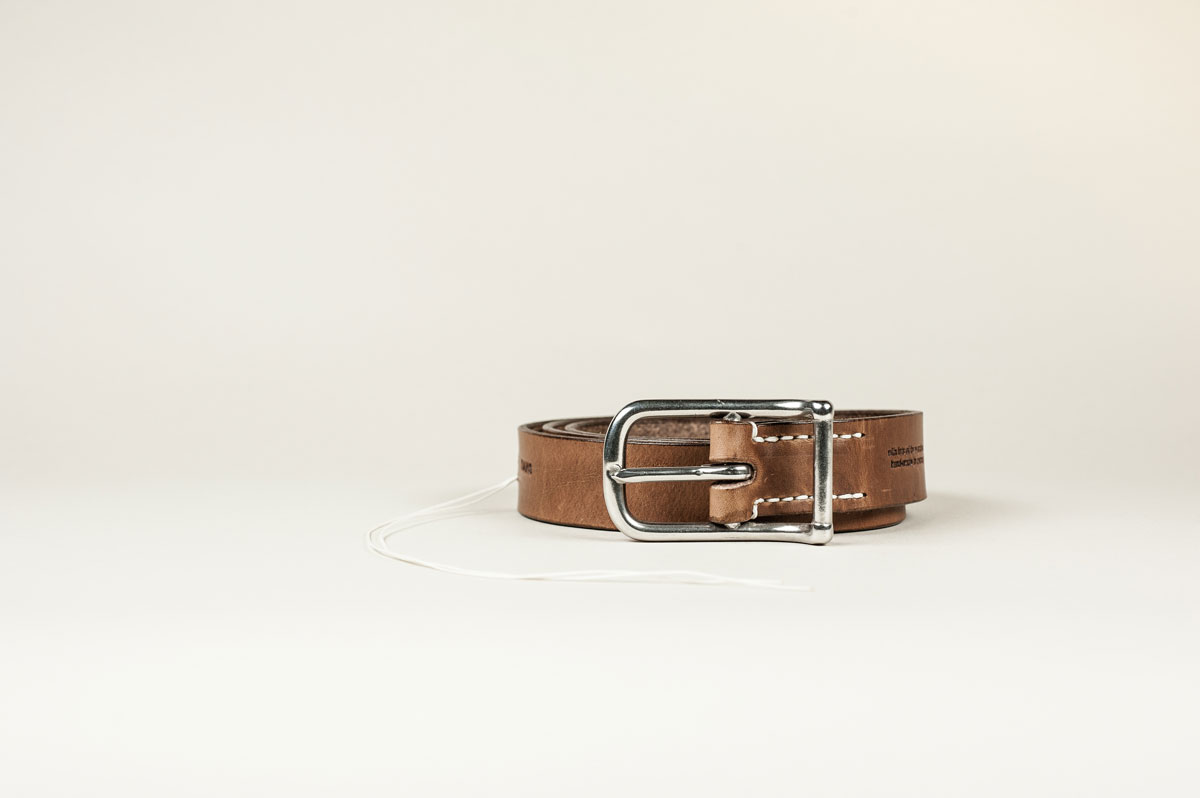 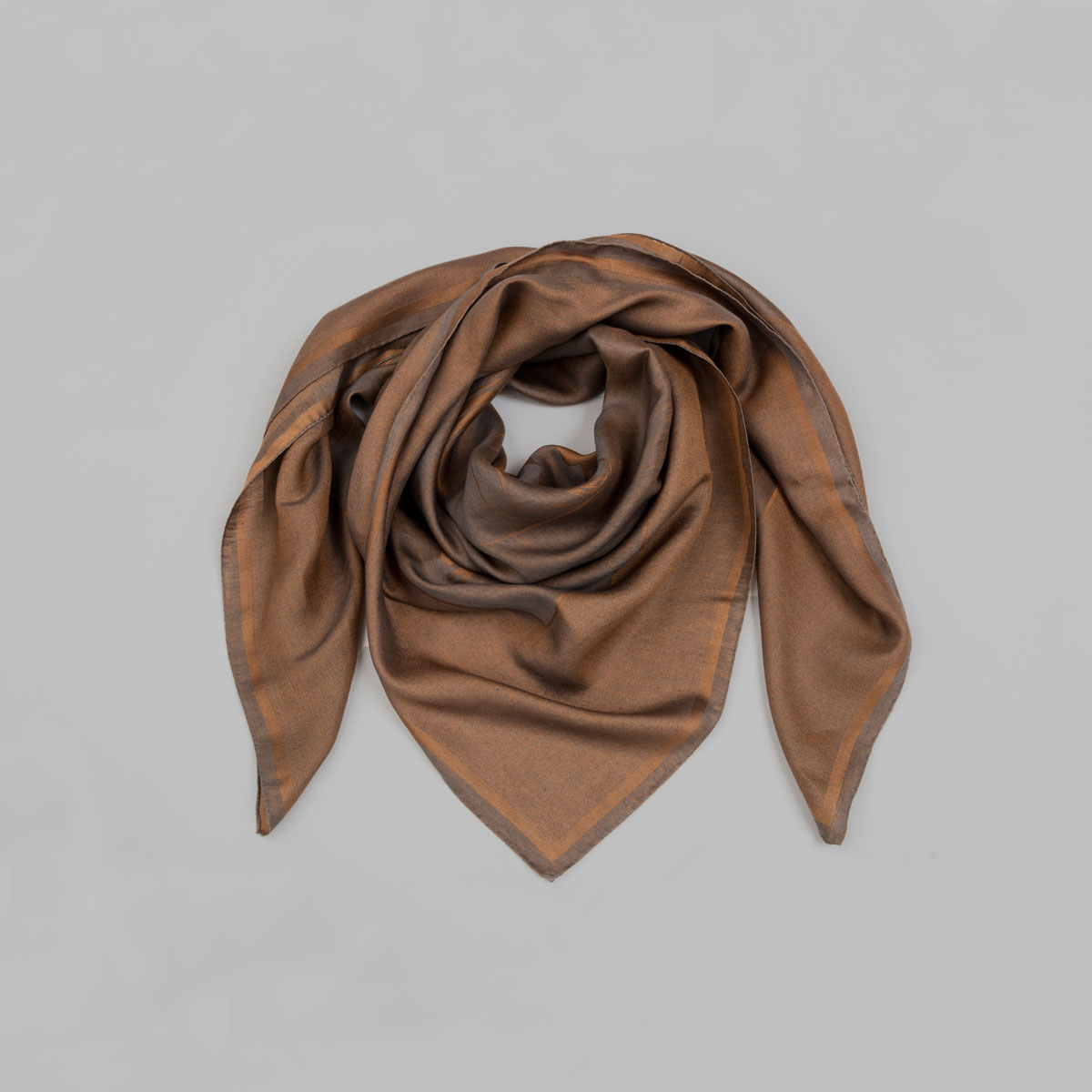 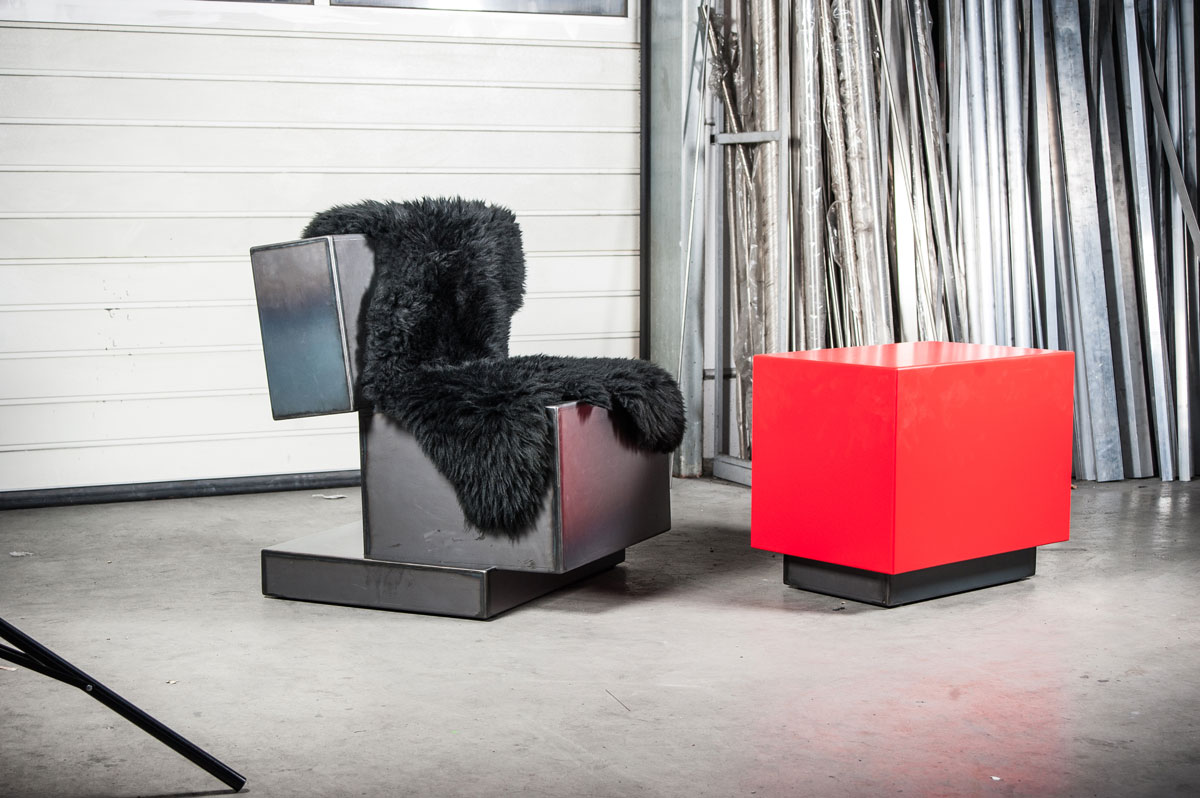 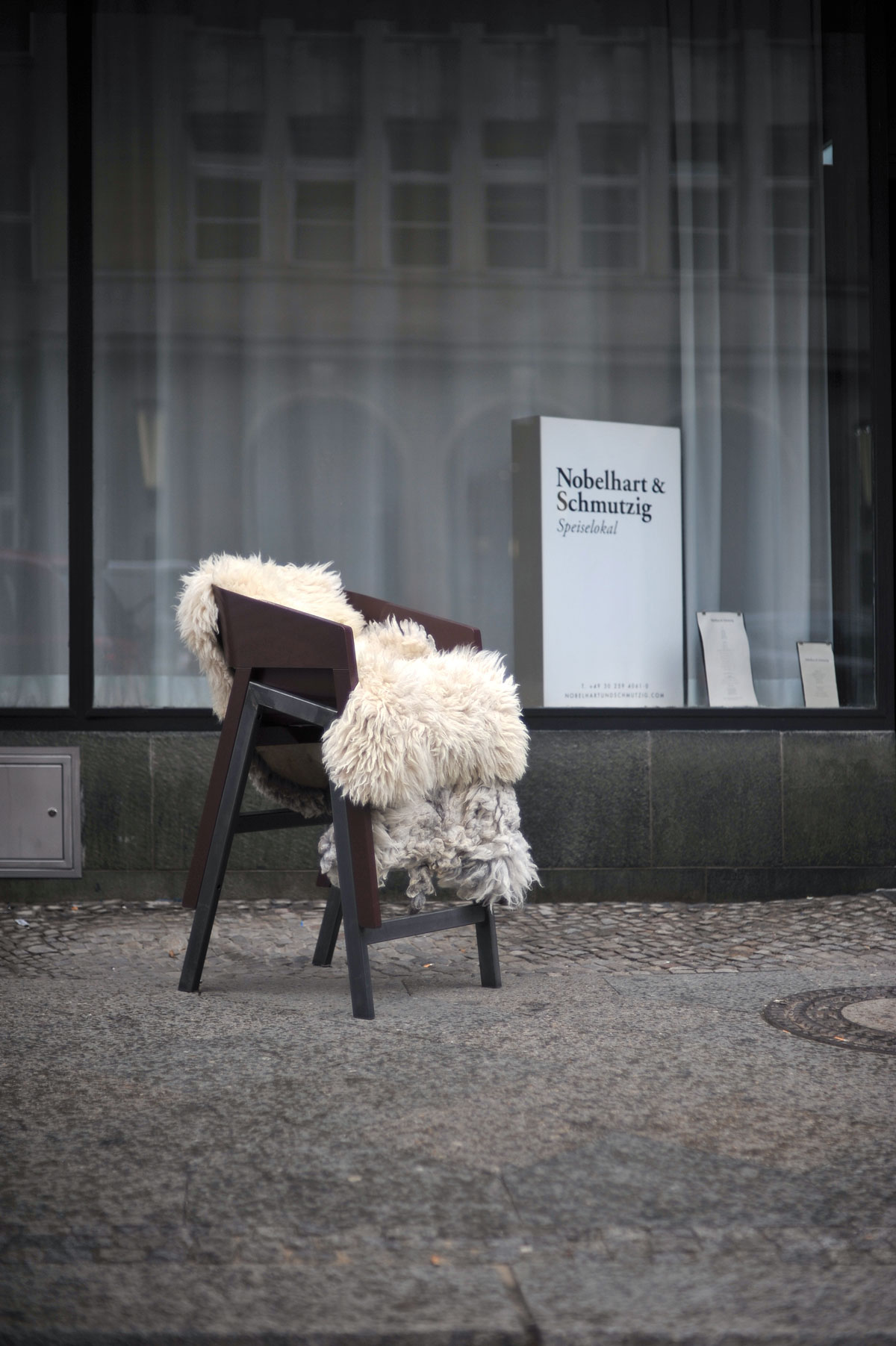 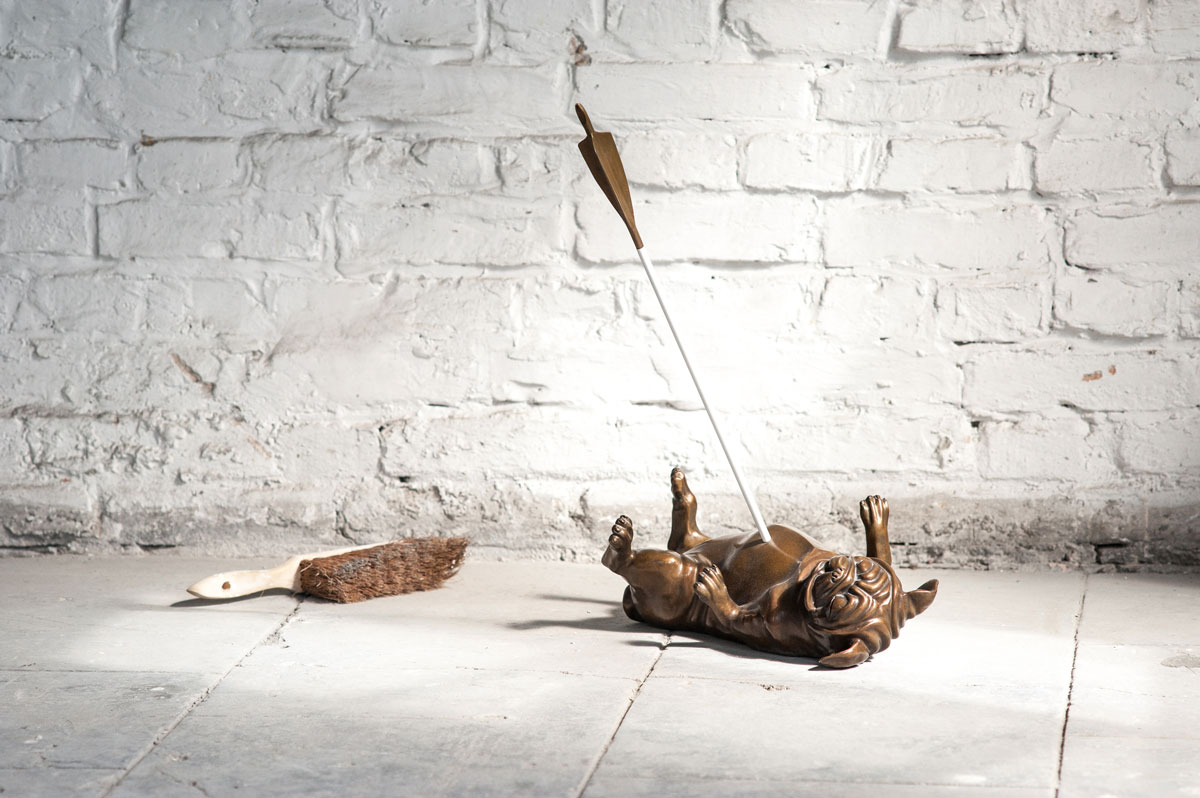 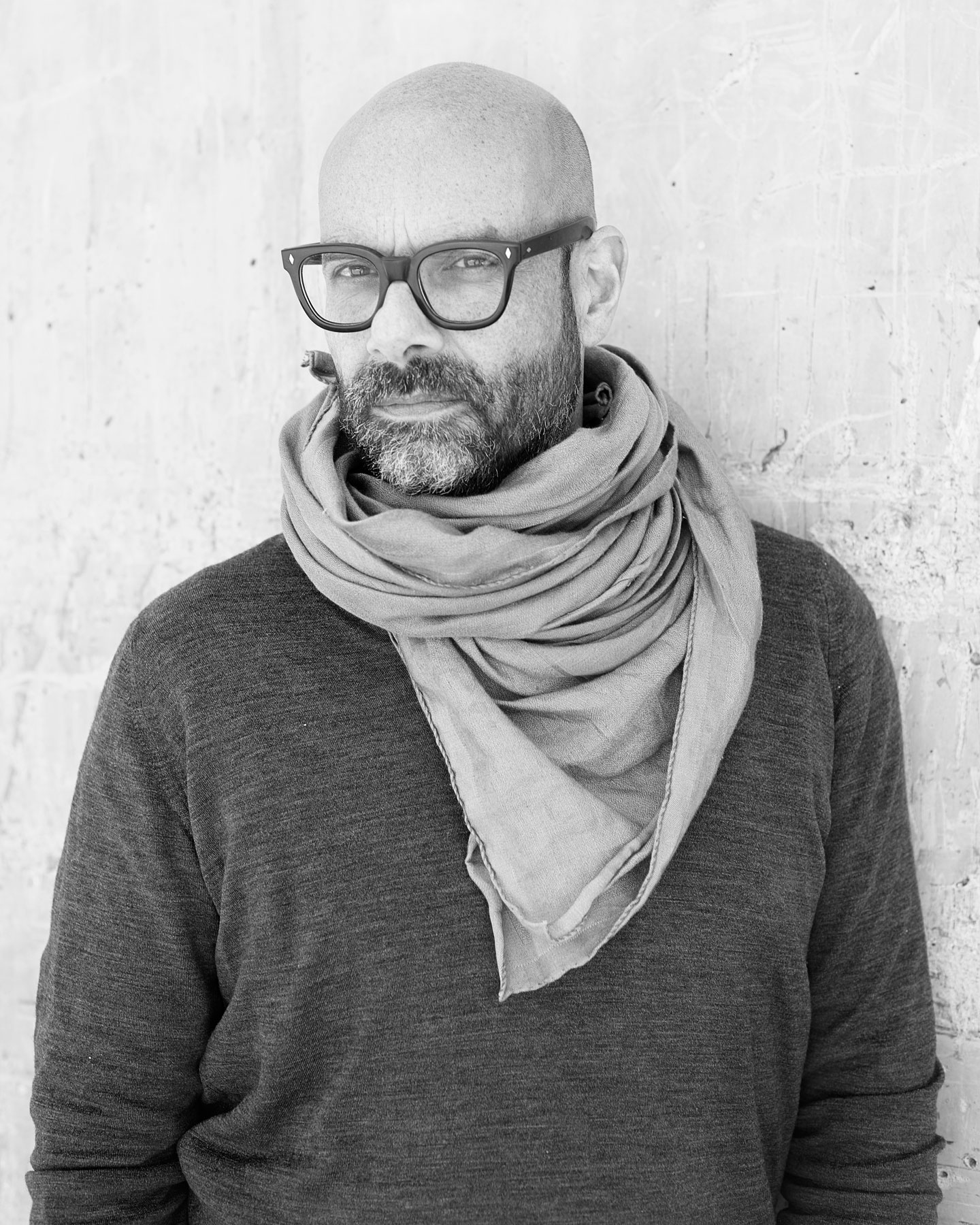 Michael Sans lives and works in Berlin. He is trained as a cabinet maker, received a Bachelor Degree in Industrial Design from the Art Center College of Design in Pasadena, USA and completed his Masters Degree in Design Products at the Royal College of Art in London. Before opening his own studio in 2003, he has worked as an Automotive Designer for Volkswagen AG, Germany.

Besides working for mostly large companies in various fields such as automotive, fashion and furniture, he recently got to work on challenging interior-projects, such as the design of the Michelin-star-restaurant 'Nobelhart & Schmutzig' in Kreuzberg.

Besides running his studio Sans teaches at both campuses (Berlin and Pasadena, California) of the renowned art and design institution Art Center College of Design.