From self taught artist to Hollywood fame - how I was discovered by legendary Tim Burton.

You have been a successful illustrator in Germany and got discovered by Tim Burton’s movie Alice in Wonderland. How did this happen?

I got discovered by a VFX producer from Sony Imageworks who stumbled across my work on the internet. She told me they were working on this secret movie project and that a director whose name she didn’t give away at first was on the lookout for artists with a particular style that would fit within the world of the movie.

I was part of a selection of artists that were located in different parts of the world and we were given a test assignment that we had to do in one day. Luckily my piece, a photoreal interpretation of a caterpillar creature that looked a bit like Jabba the Hut got the director’s attention, and finally, his name and the movie title were revealed.

Needless to say, I was super excited, I’ve always been a fan of  Tim’s work and also the surreal quality of Alice in Wonderland. In the beginning, I was working on the project from my office in Berlin, but they later brought me into work more closely with Tim in London and later in LA, where I was able to witness the shoot firsthand. The experience was mindblowing.

How does the step-by-step process look like when you’re designing a new character? What inspires you?

Since we’re so much surrounded by contemporary fantastical imagery through movies, TV shows, and the internet it’s easy to fall into the trap to subconsciously recite what you’re used to, I try my best to steer away from that by looking further back in art history.

For example, while working on Alice I found inspiration in Flemish Renaissance and medieval paintings which depicted demons and other fantastical creatures, as well as in the original Alice in Wonderland book illustrations by John Tenniel and Arthur Rackham. Apart from that, the greatest and endless source of inspiration will always be nature itself.

When starting on a new movie project, I would often get a copy of the script, and maybe some notes from the director on his desired tone for the film and the characters. Most of the time the director wants to see a fresh take on a design, so he won’t give me too much direction, but in a way the script/story itself is already setting the limits, which gives an easier head start. I then would spend a significant amount of time searching for reference images and start with quick pencil on paper sketches. Once I’ve settled on a sketch I would start with the digital coloring process, which is the most time consuming and elaborate part. The result would be sent to the director, and after receiving his notes I would then proceed with tweaking the artwork or start a new one. This would go on until a design gets the final approval of the director.

You and your family moved to LA after you started working on movies, then you moved back to Berlin and in a few months, you will back in Los Angeles.Why did you decide to leave Berlin again? What is your personal perspective on both cities?

The decision to move back to Berlin was mostly based on the fact that we had our first child back then. We just couldn’t imagine it to be the right place for kids to grow up and we also wanted to give our parents the opportunity to spend more time with our daughter. Now, after 5 years in Berlin and having our second child, we got more relaxed with being parents.

Luckily the jobs kept coming in from LA, so the reasons are rather centered around that we’re hungry for a change and I also want to be closer to the people I work with, and the community of artists working in the field.

Each of the cities has its unique pros and cons, so I would say Berlin is more family friendly and less expensive and has a more interesting history to it but the winter months are grueling, which is especially true when having kids.

LA, on the other hand, is great in terms of weather, the beaches, it’s the center of the film industry and has a lot of interesting locations if you know where to look, but the traffic and public transportation is horrible and we definitely have to get used to the different school system.

What of the numerous characters you designed is your favorite / the most meaningful one and why?

I don’t think there’s a favorite one, but I’m really happy how the White Apes for John Carter turned out, and also China Girl for Oz the Great and Powerful. I thought there was a good amount of emotion in the performance of China Girl, thanks to the puppeteer Philip Huber, who built and puppeteered the doll which then was used as a reference for the CG character.

I proposed the idea of using a puppeteer back then, since I thought it would give her the delicacy and limitation of movement she needed to come across as something more real than a completely artificial character, and I was happy that the plan worked out.

When did you get into illustrating? What is your background?

I’ve been drawing constantly since my early childhood.Instead of going to art or film school, I started an internship at a 3d animation house, and became a full time 3d modeller/animator and concept artist at the same company. It took a bunch of years until I got tired of working with 3d software and also took some courage to do the leap to becoming a full time illustrator. There wasn’t much interesting work available in the field at the time in Germany, but through a recommendation of a former colleague I landed a series of really good illustration gigs for Sega in London, and after that I got discovered by the film industry.

How did you feel coming to LA the first time?

It was a bit intimidating at first, but the majority of the people were so welcoming and made the transition really easy for me that I felt at home pretty quickly.

Since then I’ve been inspired by the optimism and go-getter mentality of the people I’ve met in LA, it is something I missed when living in Germany where people would call this kind of mindset rather naive and superficial.

How does it make you feel going back and forth?

I kind of feel at home in both worlds now, but relocating from LA to Berlin felt strange at first, because I was expecting it to feel like coming home, which it didn’t.There was a slight feeling of emptiness, as if you’re realizing that you’ve lost something and that you’re never going to feel at home again in just one place.

What's the biggest challenge, when working in LA or Berlin?

When working in Berlin, it feels strange to be disconnected from the people I work with and not being able to bounce off ideas face to face. So it feels like I have to come up with everything on my own.

What makes you creative in Berlin and LA?

I’m always starting the day with a long walk to collect my thoughts, so the area surrounding our home is very important to me.

So right now in Berlin, each morning I’m crossing this beautiful old cemetery with lots of great sculptures of dragon slayers and angels and behind that there is that canal with a mysterious abandoned building on the other side, it’s very lonely in the morning, the perfect way to start the day!

There’s quite a lot of these unique places in Berlin, but also plenty of museums, exhibitions and an interesting art scene which are a constant source of inspiration.

In LA I would say the nature around LA is what keeps my creative juices flowing, the otherworldly feel of the desert when driving to Joshua Tree Park, the beauty of the Pacific Coast Highway, and I love the vistas of the ocean and the city you get from some of the hiking trails. It’s so easy to get out of the city on the weekend, and to feel recovered like you had a holiday.

Of course the exchange with the inspiring people working in my field is a big motivator as well, especially with LA being this melting pot of creative people. 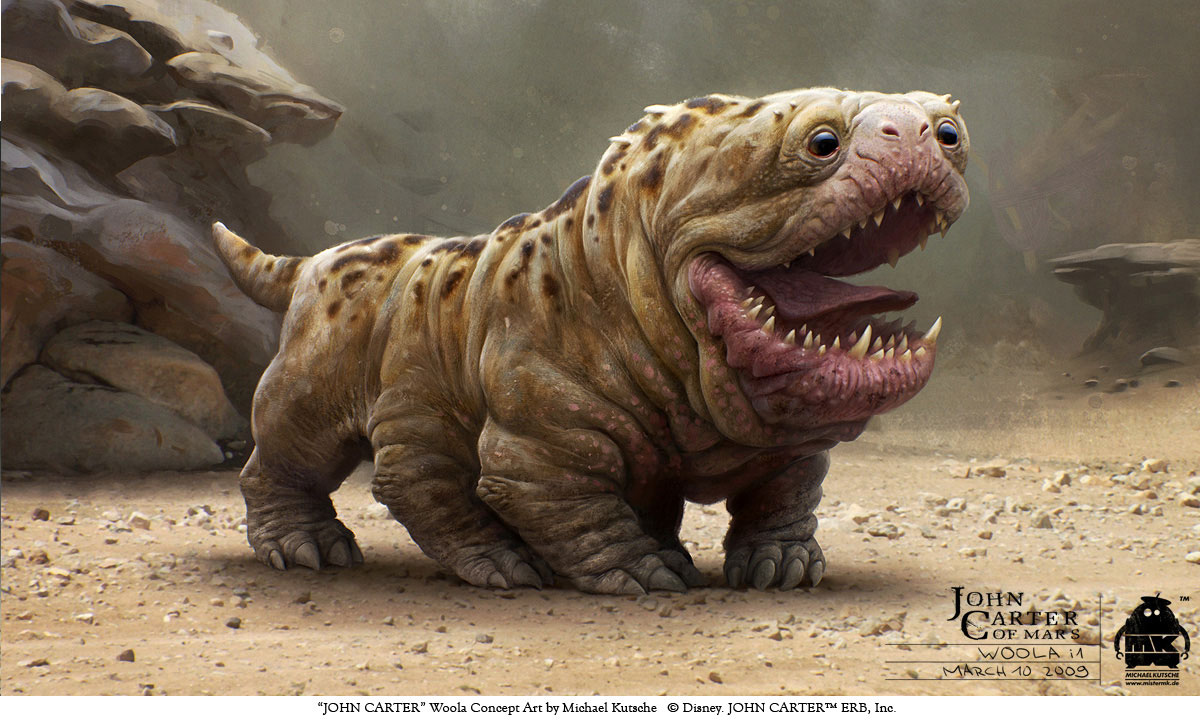 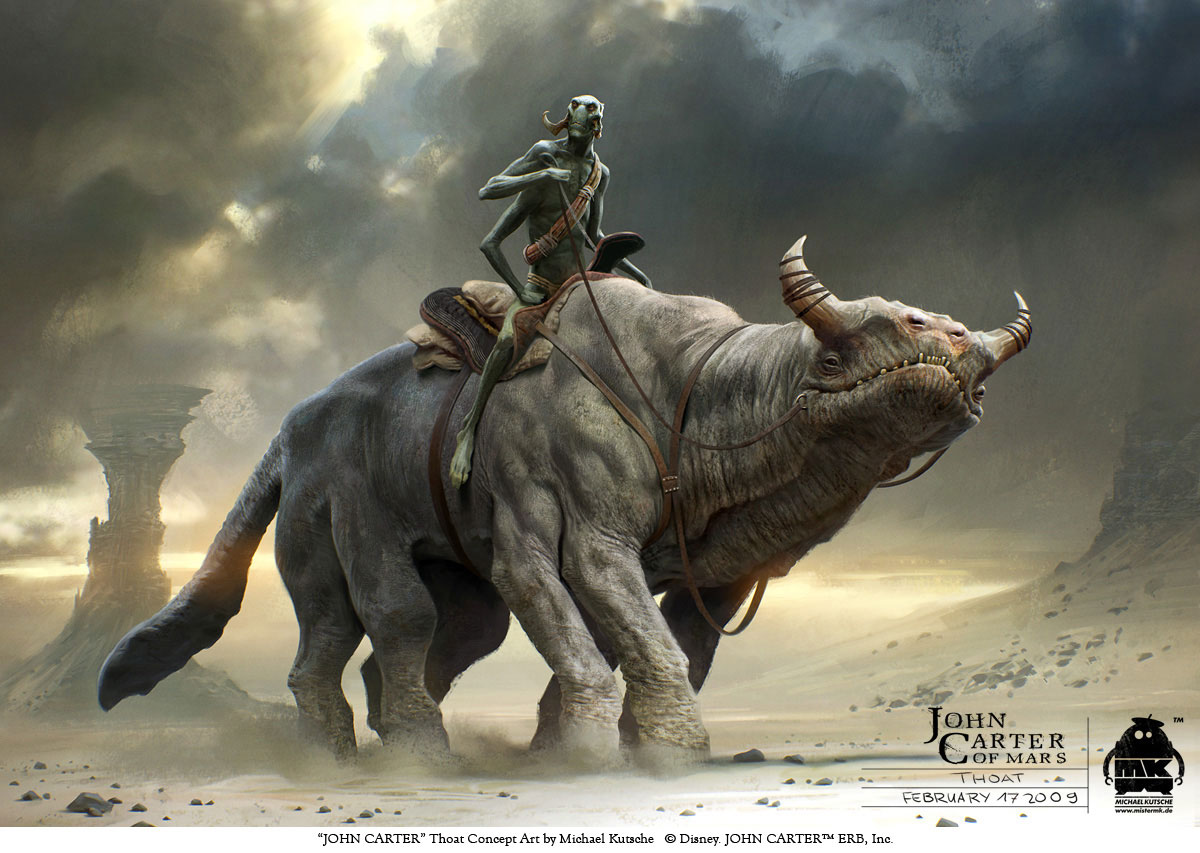 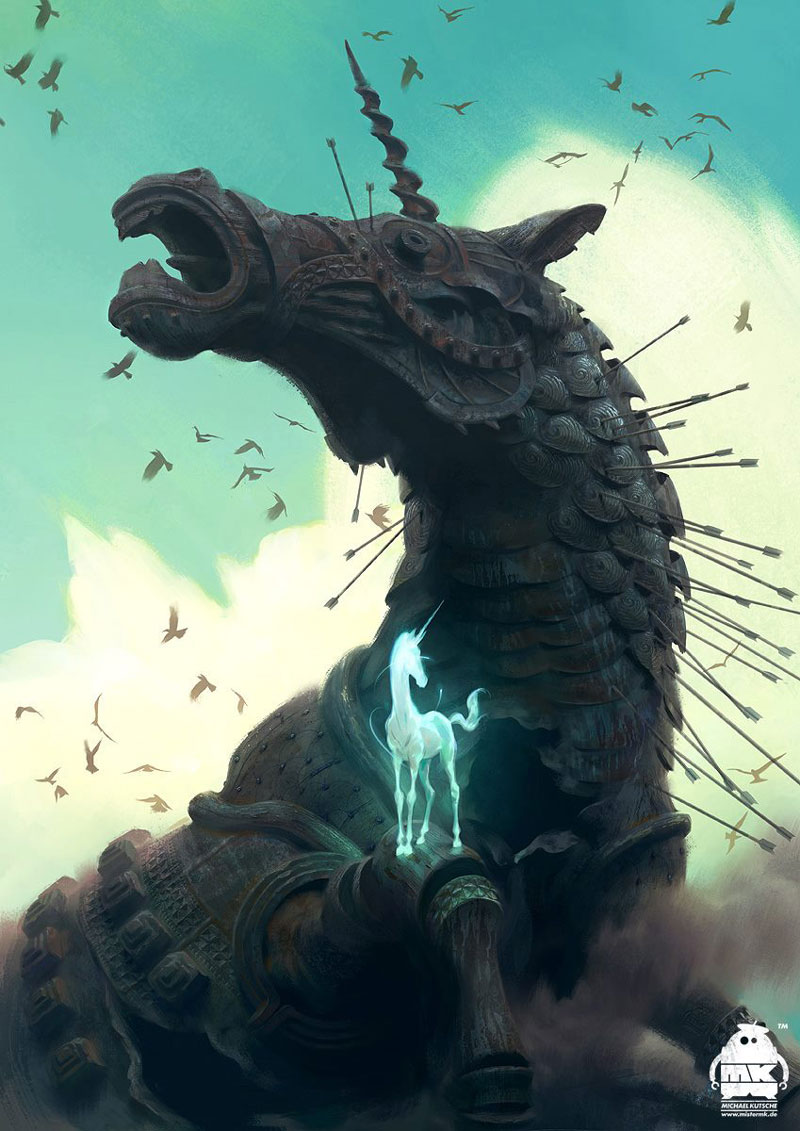 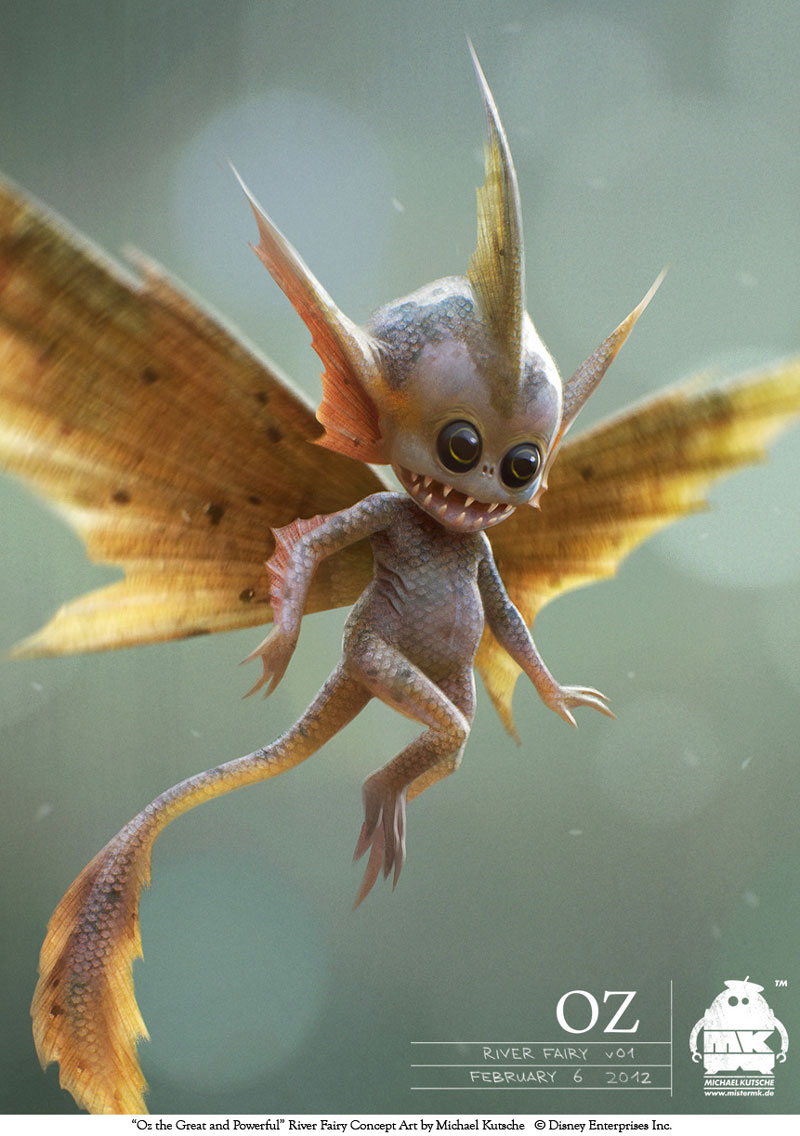 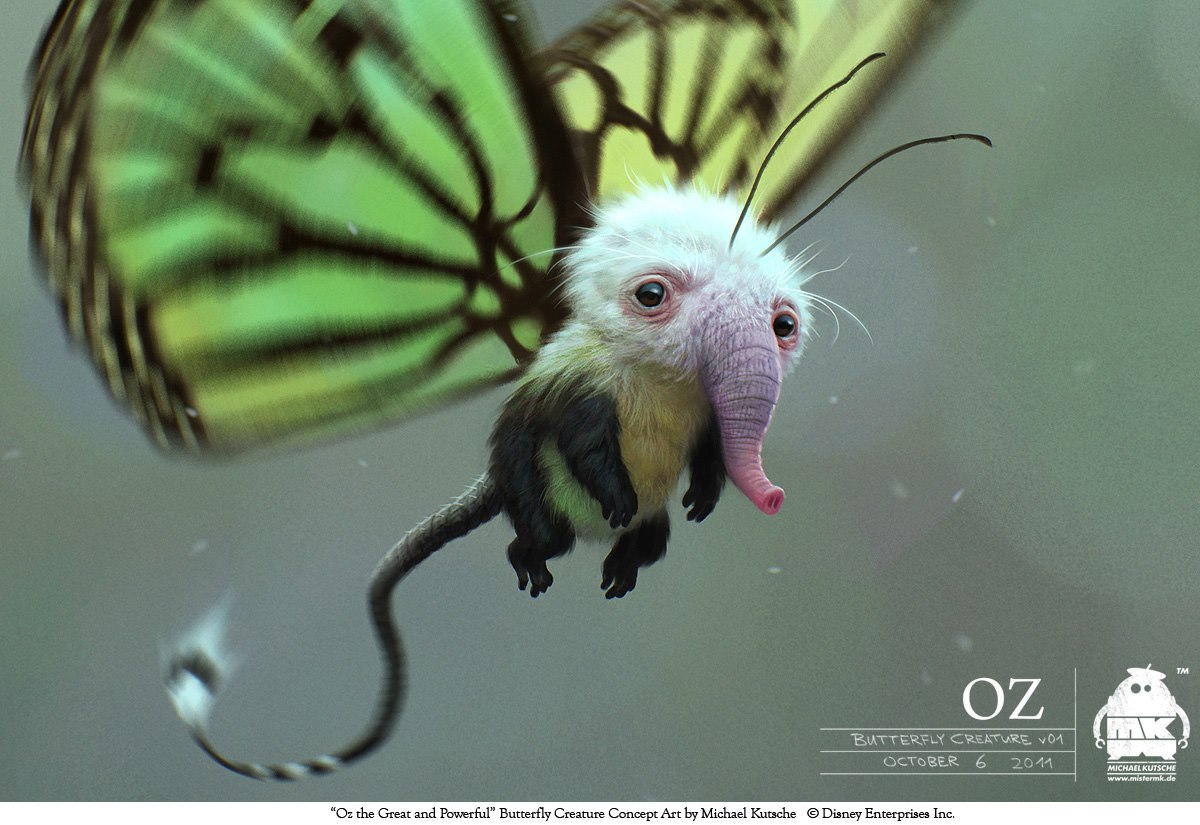 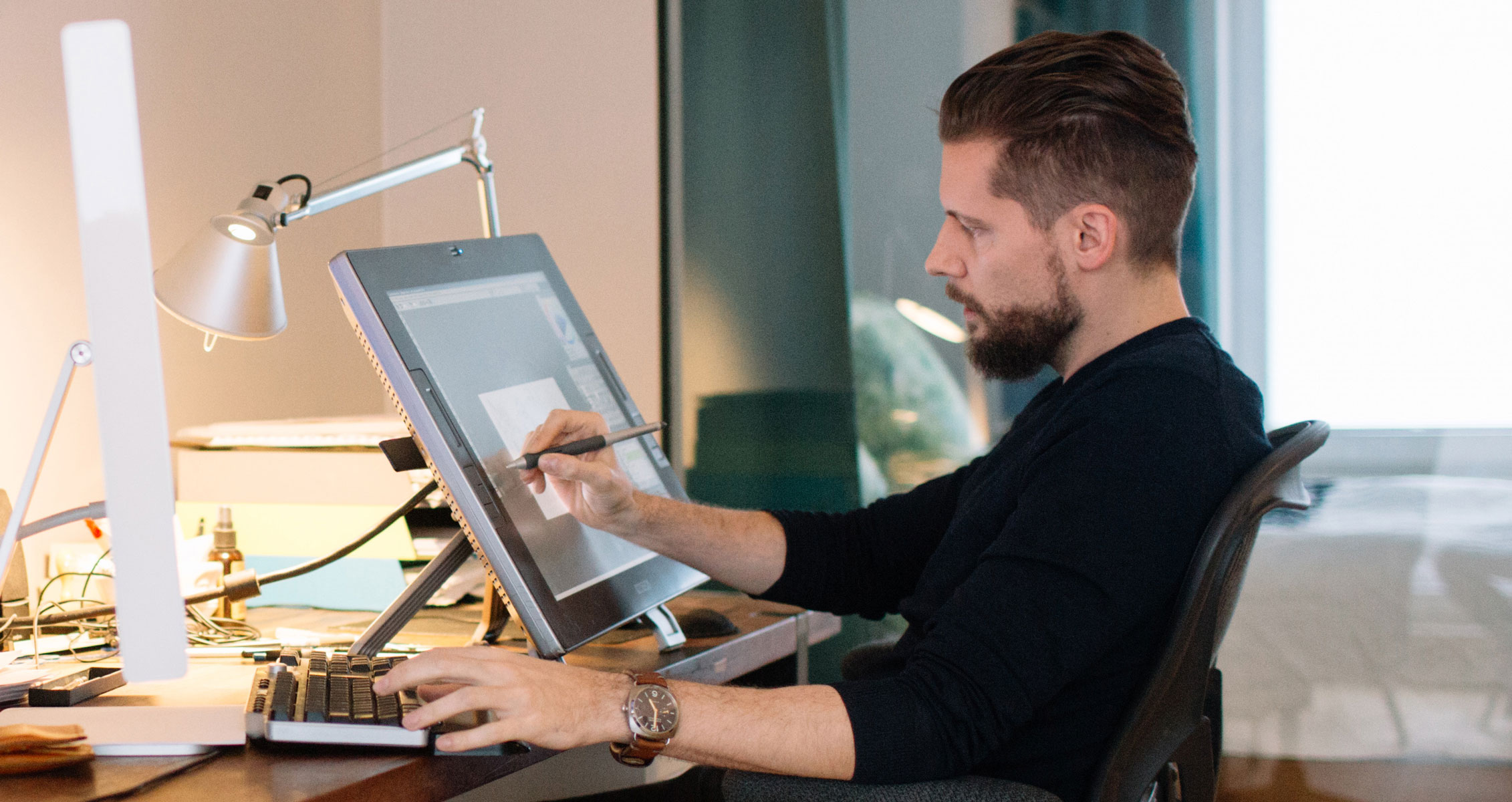 Michael Kutsche is an award-winning German artist based in Berlin, Germany. He is a self taught artist who works both in traditional and digital media. His work is best described as an astoundingly lifelike depiction of parallel realities, populated by odd characters reminiscent of movies, comics but also Flemish Renaissance Painting.His unique approach of imaginative character creation has led him to become a character designer on Tim Burton’s “Alice in Wonderland”, “John Carter of Mars”, directed by Andrew Stanton, "The Jungle Book", directed by Jon Favreau, "Oz the Great and Powerful", directed by Sam Raimi and "Thor", directed by Kenneth Branagh, among others.