Since relocating I’ve maintained a heavy focus on what exactly has defined my own working process, what I have to say at this moment and why Berlin is important to this process.

From LA to Berlin - what made you decide to move?

Berlin had been alluring to me since I was a teenager reading Christopher Isherwood’s Berlin Stories, the novel later adapted into Cabaret. Mark Twain once referred to Berlin as the city of the future, I feel that in many ways it still exemplifies this. Berlin’s open immigration laws and its international art community really seemed like the place to begin building a foundation within Europe.

Last year I took part in an educational residency at Vienna’s Impulstanz most of the other persons in the program were based in Berlin and I really bonded with them. Cementing my desire to immigrate. The other aspect was Bernie Sanders not securing the nomination for the Democratic Party. I had stayed in the US during the Bush years and this time I felt like it was the right decision to watch this political drama unfold from outside the country.

A balance between control and resistance throughout the 20th century existing outside of the neo-liberalist globalization encompassing Western traditions. Berlin has always offered an alternative, a malleable identity that is part of this Western tradition but constantly sublimating it, a portal to migration from Eastern Europe, Eurasia, and the Caucasus.

How do you feel moving to Berlin has impacted your work/style as a dance artist?

Since relocating I’ve maintained a heavy focus on what exactly has defined my own working process, what I have to say at this moment and why Berlin is important to this process. One thing that consistently impresses me about this city is how often people show up for one another. The amount of work that goes into a general practice instead of project oriented production. The impact of interacting with so many different voices also working with the same medium has induced a period of listening. I feel that my work is becoming more contingent on non-physical processes which relies more upon the subtle body.

How does the arts culture differ between Los Angeles and Berlin?

I’m consistently impressed with how people show up for one another in Berlin. Arts communities in Los Angeles often function as destinations, contingent upon car culture. This creates pockets of communities that offer support to those within them but rarely interact. The nature of Los Angeles is heavily based around car culture, sometimes this can be super isolating if you are living in a part of the city separated from your peers, in past years is starting to break apart through the development of sharing economy.

There aren’t as many casual interactions and shared spaces for spontaneity. The chances of running into someone on the street are fewer. I’ve also found that when it comes to the general arts culture Los Angeles is much more heteronormative than Berlin. Berlin is perhaps the queerest city in the world, and this is clear in the arts community specifically. I was recently at an arts related gathering and was struck by how queer it was, and then the

This value upon shared space is super significant and something I really never noticed was missing within the city. Los Angeles’ massive public parks such as Elysian, Runyon and Eugene V Debs are treasures, but they require a car or a long walk to access.

How did your expectations of Berlin differ from reality?

Berlin is a much smaller community than I anticipated, there are way more pre-existing relationships. The complication of navigating so many different cultures living in one area is that you may not realize that habits of interaction which once were comfortable and considered could now be crass or cause conflict.  The housing situation in Berlin is much more difficult than I thought it would be, I was fortunate when first relocating but since then its proving to become harder to find a place to live. Learning to be understood in German has also proved to be more challenging than when I lived in other countries such as India, France and Mexico! But moving to Berlin I expected it to not be a simple transition. Moving across a continent and an ocean is going to offer some contrary experiences to expectations.

What has been your favorite memory in Los Angeles and/or Berlin?

It’s challenging to distil 13 years into a single experience! Los Angeles is in many ways a Lynch film; it’s such a cinematic place that it offers a surrealism to the most mundane. My favorite memory of Los Angeles would be the simple things, having that cup of coffee that always tastes right, stepping outside your door at dusk or dawn to a brilliant pink sky or running into good friends while drunk at Taco Zone eating a suadero mulita.

In Berlin I can be oddly specific, last New Year’s Eve I was leaving a party and when we exited we were the only people on the street in a completely undisturbed sheet of powder white snow. We walked in silence as the snow slowly sauntered from the sky.

In 3 words each: What does Berlin / LA mean to you?

Both cities are known for their acceptance and encouragement of all types of creative expression. What do you think fuels this?

These cities have always been sanctuary cities of sorts. Having a history of political experimentation and immigration. Both cities have histories where communism was a part of the city politics. They also both have a relationship with queer politics. The first gay activism riot in the US was in Los Angeles at the Black Cat, pre Stonewall. For some reason Los Angeles has attracted survivors of genocides and has the largest populations of Armenians and Cambodians outside of their respective countries. Los Angeles also has the largest populations of Koreans outside of Korea. I think this has definitely played into Los Angeles’ fertile creative environments, the same can be said of Berlin, after the conflicts of the early 20th century there was a concerted effort to really welcome foreigners into Berlin. Berlin is by far the most inviting city for foreigners in all of Europe.

What inspires you most about Berlin and Los Angeles?

The diaspora, the concrete, the nightlife and the people, when these things combine its fire. 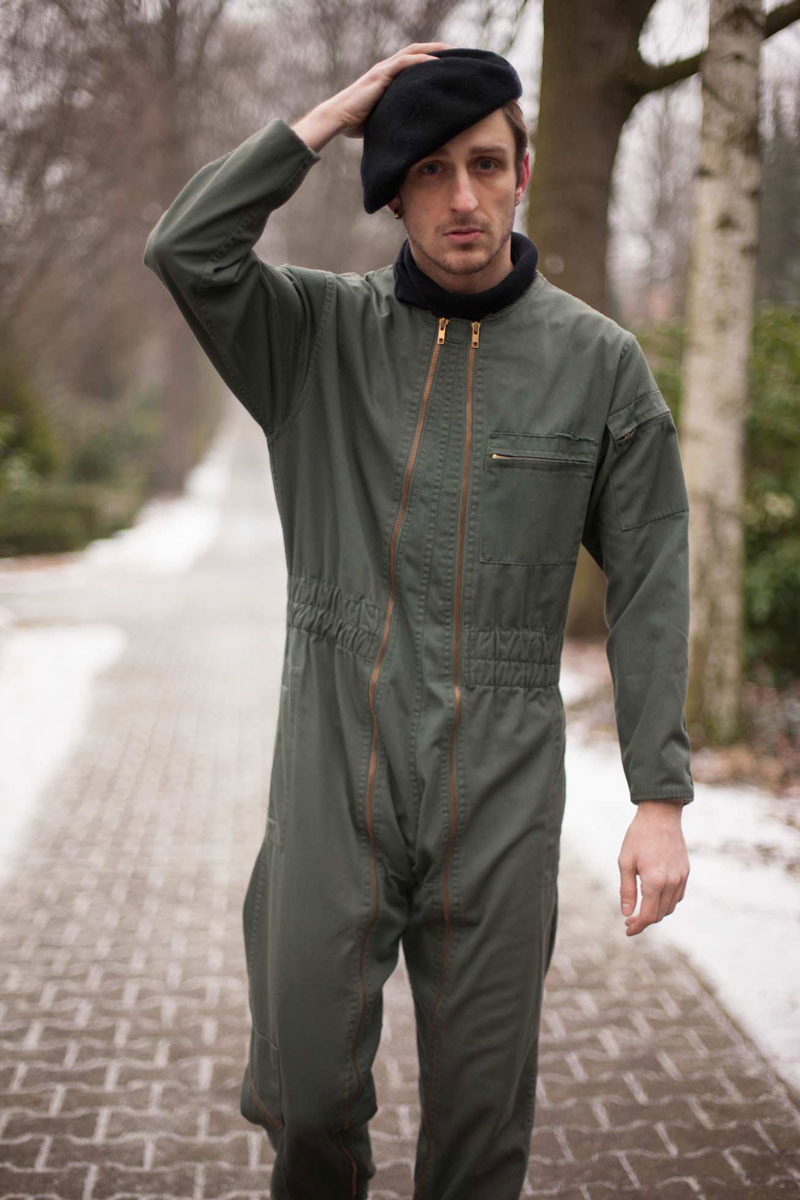 Jos McKain is an interdisciplinary artist working with the body and perception. He relocated to Berlin in 2016, it was his first winter without the sunshine in 13 years. He has upcoming performances at ACUD, hyper reality festival in Vienna and in September begins his first feature film in Paris.