Matthias Brandt studied social work in Berlin and Photography in San Francisco. His love for animals and concerns for the environment let him adopt a vegan lifestyle. He is the co-founder of Hinterhof, a vegan German Kitchen and Beer Garden in Highland Park, Los Angles which opened in January of 2019.

Eric and you both spent a lot of time in Berlin. What made you want to open a restaurant in Los Angeles?

In 2012, after spending the summer in Berlin, we moved to Los Angeles and wanted to bring a little piece of Berlin to Los Angeles. The weather in Los Angeles is so beautiful most of the year and we thought it would be a great place to experience sitting outside, drinking German beer and eating German food. There are relatively few vegan restaurants and definitely no German vegan restaurants in LA and since we are both vegans it was the obvious choice for us.

How did Berlin and Los Angeles inspire each of you to want to take on this endeavor?

Berlin took a huge part in the inspiration for this project. Berliners just enjoy practically every minute of nice weather outdoors. The outdoor spaces of cafes and especially the beach bars were a huge inspiration when we started to plan Hinterhof. Los Angeles doesn't give you all that freedom to put up a beach bar and serve outdoors, so we had to modify and the outcome is this beautiful restaurant with an exceptional beer garden in Highland Park.

Since German food is typically meat-based, why did you both decide to make the restaurant vegan? Other than the vegan-aspect, were any new spins made on the traditional German dishes?

Matthias has been a vegetarian since the 80s and his grandmother used to make vegetarian versions of traditional German meals, so for us, it was natural to create vegan versions of these traditional dishes as well. Eric was an exchange student to Germany where he fell in love with German culture and cuisine. He has since become a vegetarian for 14 years and we both have been vegan for the last 6 years. Apart from the personal reasons for opening a vegan establishment we both firmly believe in doing our part in helping relieve the suffering of animals and saving the planet. Delicious German food, cruelty-free, environmentally friendly and a beautiful space seemed like a no-brainer to us.

Hinterhof is very home-like and has a lot of community aspect to its layout. How did Berlin and Los Angeles influence the design of the restaurant?

Well, Berlin was the greatest influence for us when it came to concept and design. We love the cafes in Berlin where you can wander in anytime, sit down and enjoy a coffee, beer or meal. We spend hours in places like this when in Berlin with friends and have met new friends over a coffee as well. Los Angeles is such a sprawl of a city, there are very few places where people actually come together and congregate on a whim-generally everything is a car drive away. We wanted to create a place where people could come together and have a shared experience much as people do in Berlin at these cafes or even in their own Hinterhof at home.  Highland Park and especially York Boulevard has become something unique in Los Angeles-a very walkable neighborhood where you don't have to get in your car to shop, eat, drink, see a show or enjoy some people watching. We have found that the beer garden and the communal tables inside have helped to bring some in the community together, just like in Berlin. So we're pretty happy that the community aspect of the design and concept have shined through.

Have you connected with any fellow German natives living in LA through opening this restaurant?

So many! What we are most surprised about is how varied the entirety of our customer base is but more specifically the German natives. We have many Germans who have become vegan since moving to LA who long for the traditional food from their childhoods. There are many older Germans in their 70's and 80's who come to try us out and tell us stories about their lives as children in Germany. We have German millennials and middle-aged people who bring their American kids in to show them some of their culture. There are German vegans and meat eaters alike. There are many who come for our German bread and Brötchen (buns) and talk to us about their Heimweh (homesickness). What we do hear from nearly all of them is how appreciative they are to have a place to come to that feels like home.

What is the one dish on your menu everyone has to try?

Anything else you want to mention about Hinterhof?

Well, I guess we would say that we're really surprised and overwhelmed by the reception that Hinterhof has gotten. We always knew that the food was good and that the space would be beautiful, we just didn't know what to expect when we opened the doors. We knew that vegans would definitely try us out and also local German natives. But what we have found out is that all ages and ethnicities have come and they brought their kids, friends, families, and dogs as well. We have so many regulars now that we hold very few tables for reservations because we want to make sure that we have enough tables for them when they walk in. It really has become a destination for the neighborhood and for the Greater Los Angeles area as well. We already have opened for brunch and are looking to continue to expand our menu and hours. We are really, really excited about what the future holds. 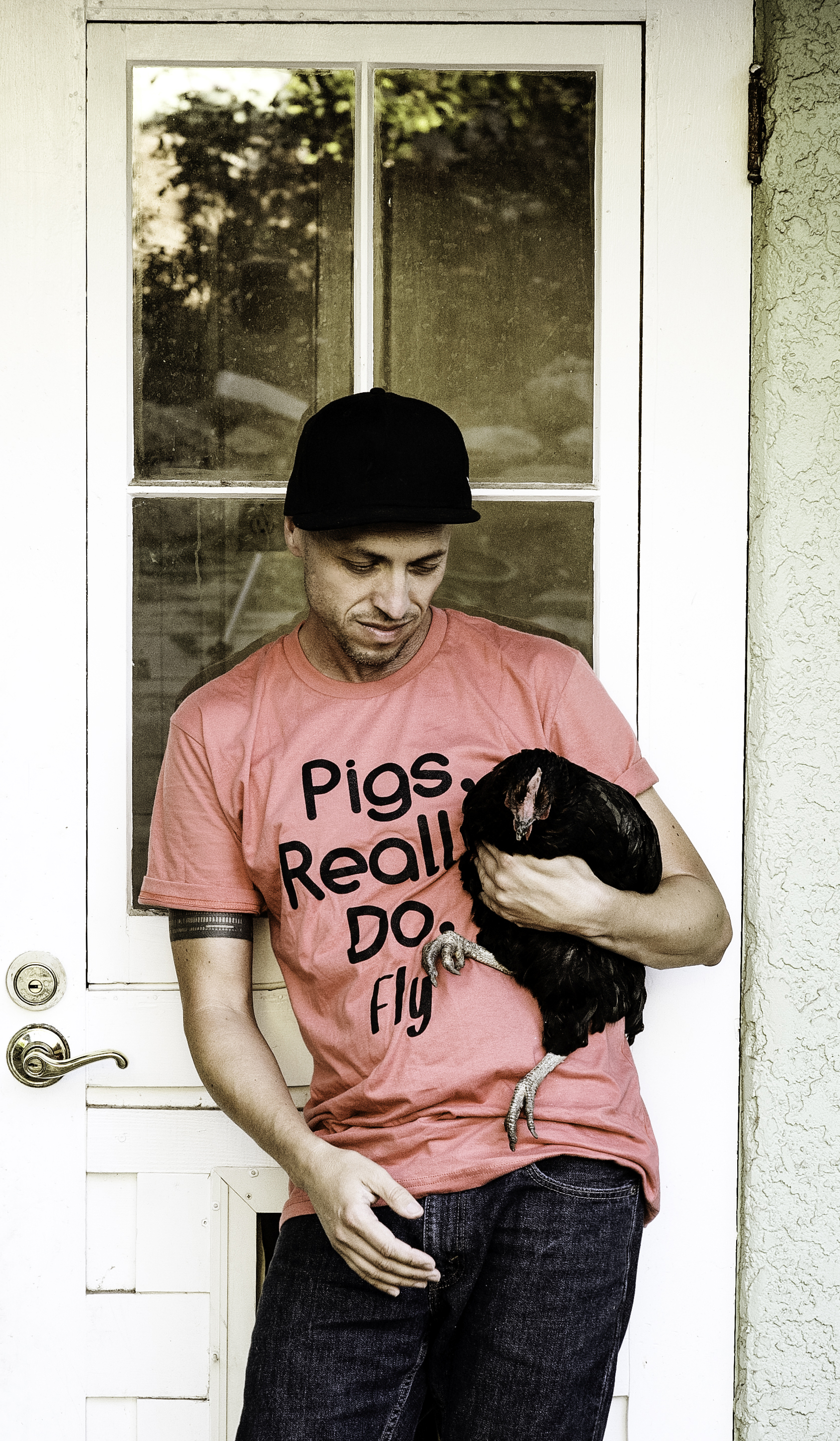 Matthias Brandt grew up in former West-Germany in a smaller town called Wolfenbuettel, moved right after the wall came down to Berlin and absolutely loved it. He studied Social Work in Berlin and went for an internship to San Francisco in 1995 and basically stayed in the US. After years of living in San Francisco, Matthias decided to move to Los Angeles with his partner Eric and that is where they founded Hinterhof, a vegan German kitchen and Beer Garden.