My work is inspired and driven by emotion and it has been an ongoing privilege to be allowed to enter the emotional world of the people whom I photograph.

You are born and raised in San Francisco, studied in Los Angeles. What made you move and stay in Berlin?

I was going to art school at UCLA and through a twist of fate I married a German and had a baby my senior year of college. We were living in Los Feliz and I remember hiking with my newborn son in Griffith Park and always ending up in front of “The Berlin Forest” which has a sign and arrow pointing towards Berlin. This sign seemed to be a foreshadowing because two years later we were living in Berlin where I began my life as a photographer.

How has Berlin and Los Angeles inspired your raw documentary style photography?

I definitely found my photographic style through moving to Berlin. I was living in Prenzlauerberg in 2001 and a friend of mine who was the photo editor of Spin Magazine in New York asked me to take a portrait of the musician Peaches. I had  just seen her concert at a club called  WMF and was totally blown away by her fearlessness and fiery energy on stage. Peaches and I met and did our first of many shoots together at the old Kurvenstar in Mitte. She was on the label Kitty-yo at the time and through her I met and did photos with  Gonzales, Mocky, Chicks on Speed, Jamie Lidell, and many more. The center of gravity at the time was the old White Trash on Torstrasse & Conny Opper’s club Rio. I remember Berlin as feeling explosively creative, hedonistic, and incredibly free. I was spending time moslty with musicians and artists which influenced my documentary style as I was basically just shooting what was in front of me and my Berlin life.

Parallel to the music photography I did another documentary series during that time entitled “Women Crying”. The series began organically when a friend of mine, who was overcome with grief and anger after a break up, asked me to come to her flat and photograph her as she smashed a vase and sobbed.I subsequently went on to photograph several different women crying...all in Berlin. It was fascinating to be able to witness the full spectrum of human emotion, and how the emotions fluctuated from second to second. This gave me another clue as to the nature of my photographic process which is essentially about SEEING people and emotions and creating an environment which allows people to feel and be seen. Later I stumbled upon this quote from C.G. Jung : “There can be no transforming of darkness into light and of apathy into movement without emotion.” My work is inspired and driven by emotion and it has been an ongoing privilege to be allowed to enter the emotional world of the people whom I photograph.

What are your favorite things to photograph in each city?

Berlin and Los Angeles are both sprawling cities filled with spectacular beauty and at the same time ugliness, which I find incredibly compelling. Both are rich with contrast, energy and decay. I have been back in Los Angeles for about six months and sometimes I feel like I am in one long dream sequence due to the quality of the light and the intensity of the heat. My photography is becoming ….brighter…certainly not thematically but I am drawn to shoot outdoors which I seldom did in Berlin. In Berlin I had the feeling that everything took place at night…including my photography….and here one can not escape the light, which I have since learned to love!

What are you currently working on? What's next on your list?

At the moment I am working on a series entitled “Wedding Day” which is based upon my own wedding which took place in Los Angeles in 1997. It is quite a departure for me because it is essentially storytelling (my own story) vs straight up documentary. I am also doing a series at Safe Place for Youth in Venice. Safe Place for Youth is a is a drop-in resource center for homeless and runaway teens which provides food, medical attention, housing referrals and counseling for anyone who walks through their doors. I have photographed over fifty of the youth so far and I will be leading a photography workshop there in the fall.I have met so many amazing teens and young people there and most or almost all of them are musicians, aspiring artists, dancers etc. which I find quite inspiring! 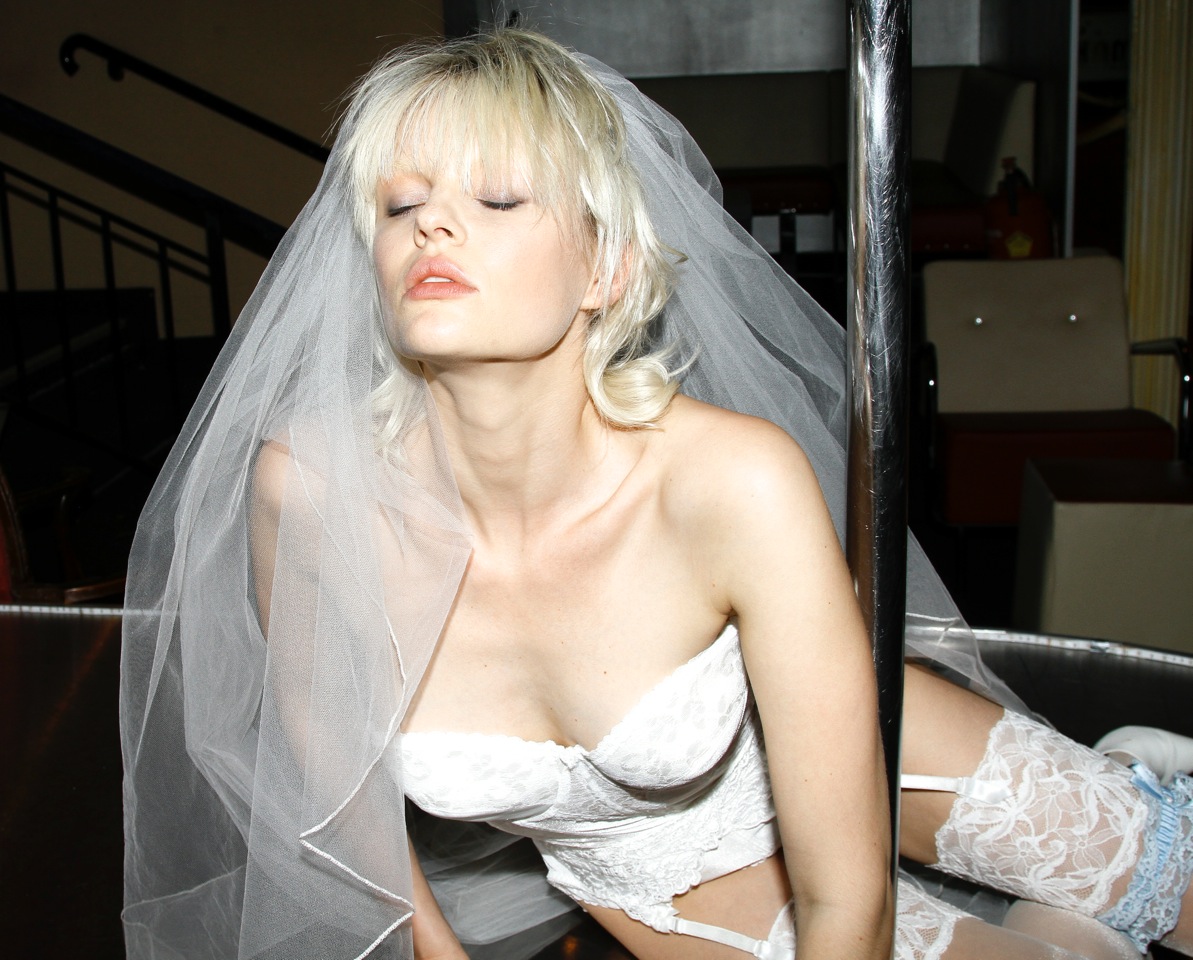 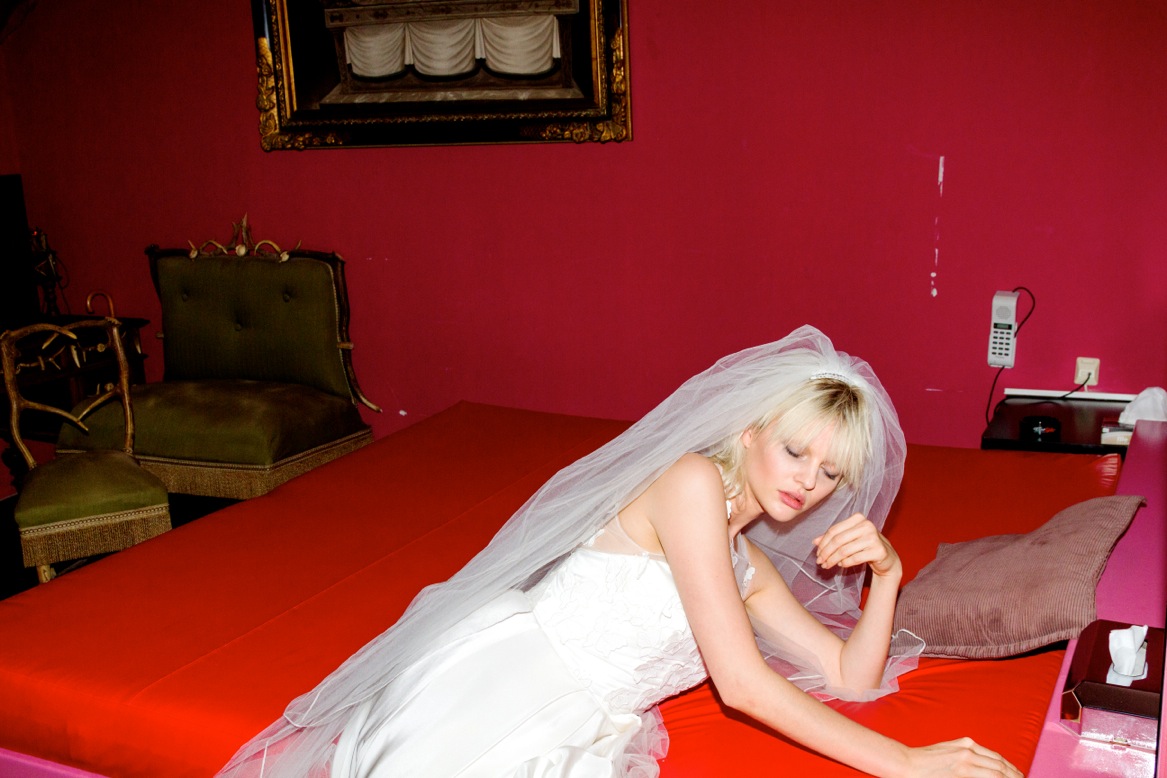 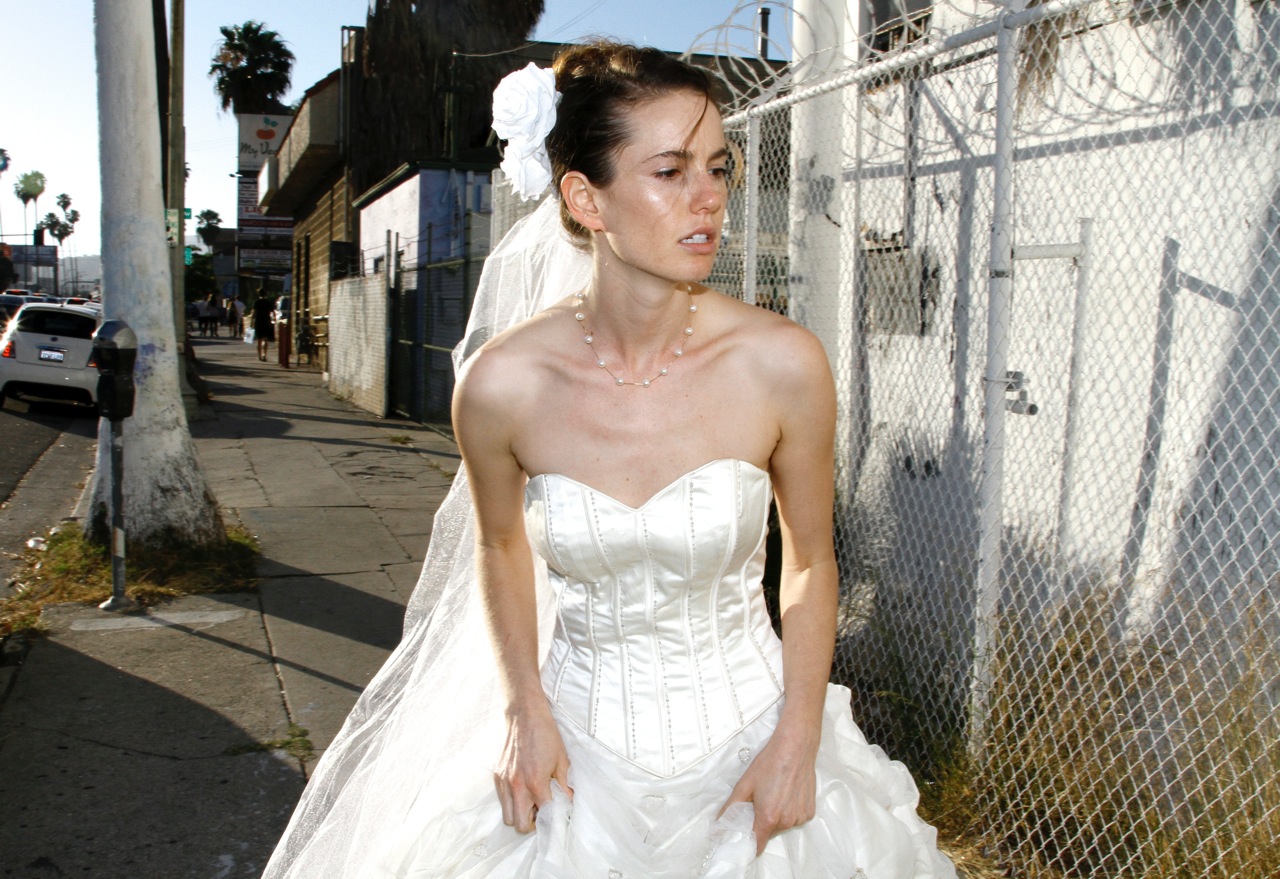 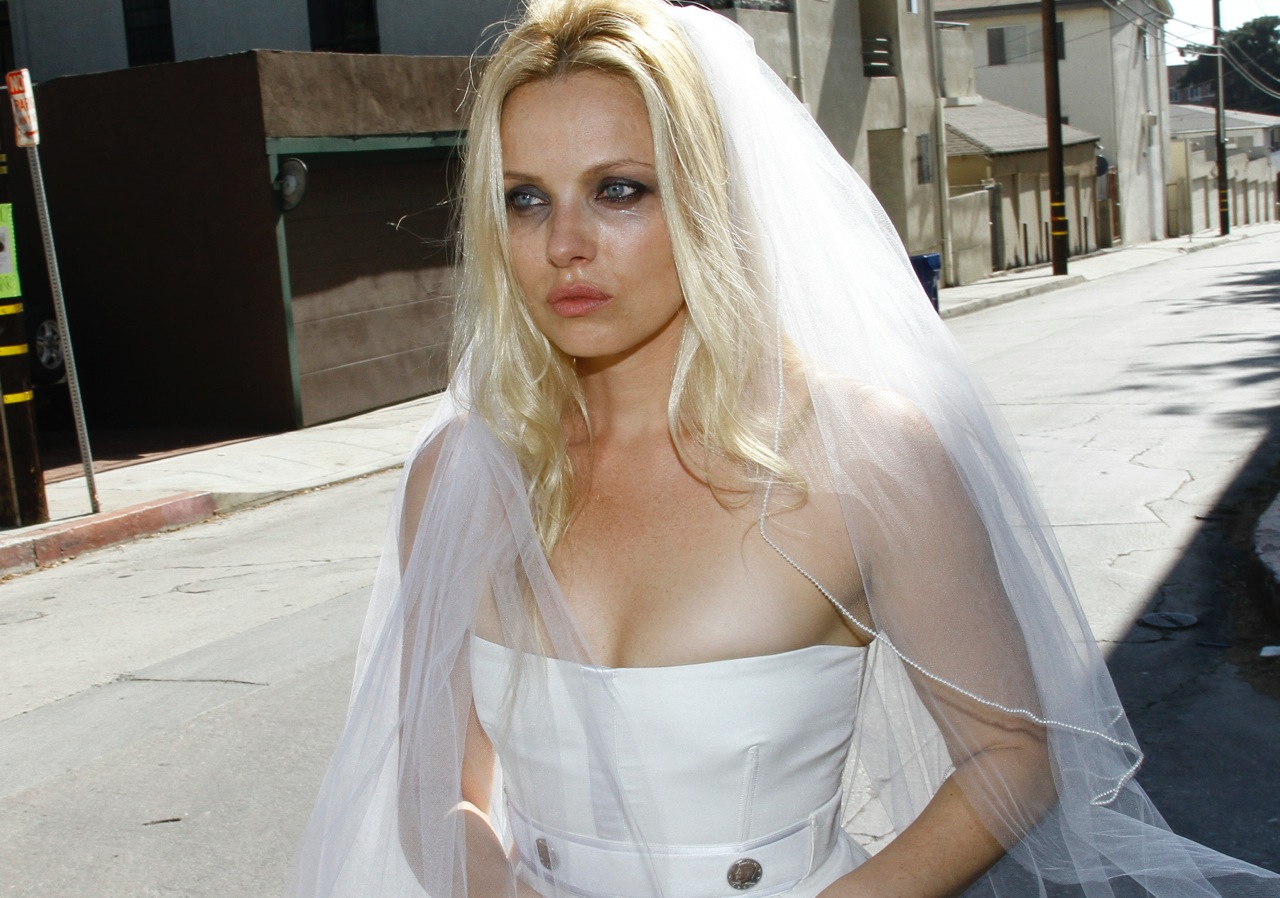 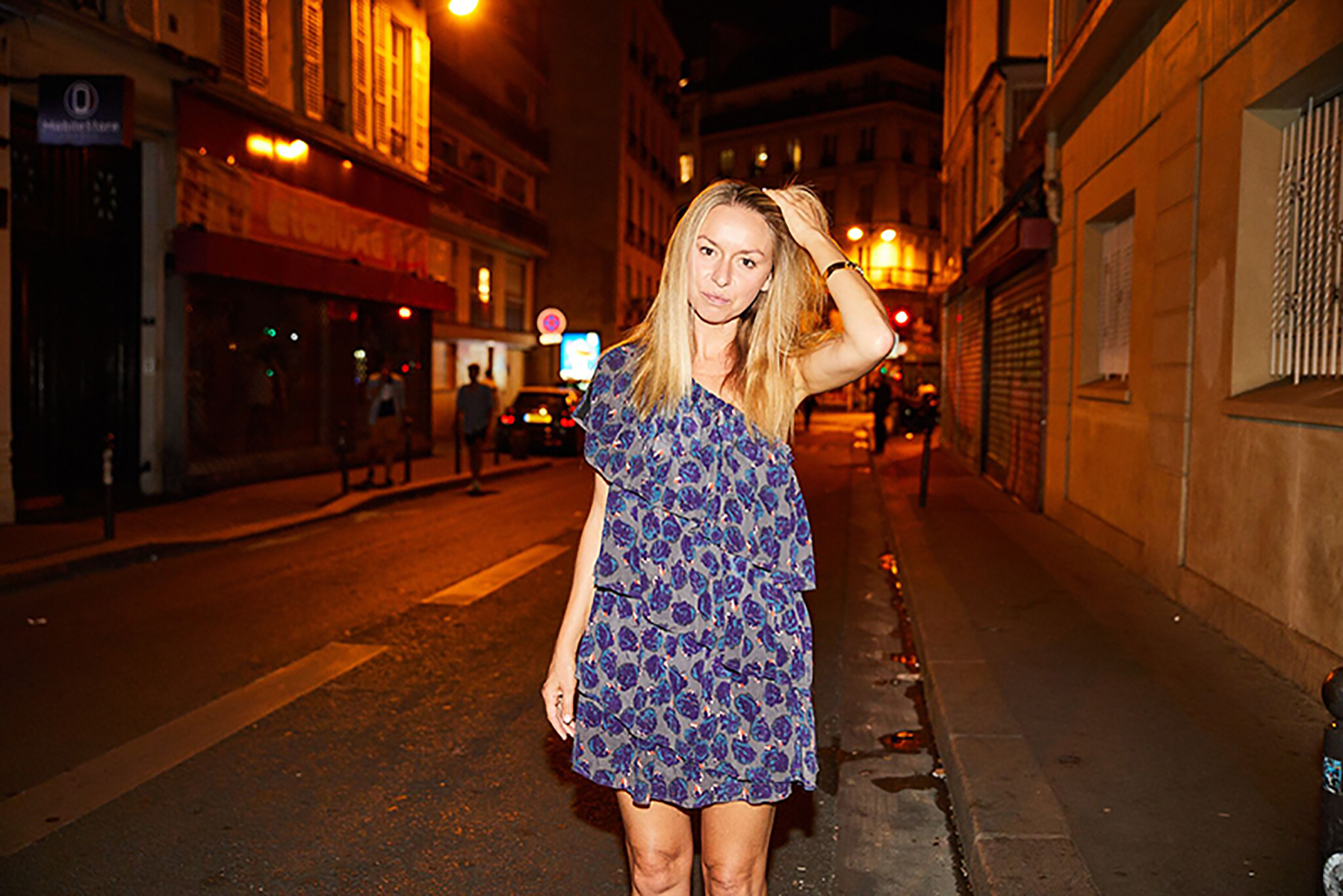 Hadley Hudson is an American Photographer who was born and raised in San Francisco and lived in New York and Germany. She came back to California and is based in LA full time now. She studied Art at UCLA School of Arts and Parsons School of Design in Paris.