Liz McGrath on how moving to Los Angeles as a child helped her move to Berlin as an adult, and why it pays off to take a leap into the unknown.

From L.A. to Berlin - Leaps of Faith

When I was nine years old I was lucky enough to have a very extraordinary experience. I was uprooted from my everyday existence in Leytonstone, East London - where I lived in a modest Victorian terrace house and attended the local comprehensive primary school - and transported to the sunny, alien world of Los Angeles. The reason for the relocation was that my dad, a history teacher, had applied and been accepted to the Fulbright Exchange Programme, where teachers can swap jobs with each other, (not to mention houses, cars and pets), and go to live anywhere in the world. He explained it would just be for one year and afterwards we would come back and pick up where we left off. It was such an outlandish idea but the great thing about being a kid is that you just accept what your parents tell you. I remember feeling surprised but mostly excited and trusted that my mum and dad would figure out all the hard stuff.

That’s how it came to be, that just before the new school year started in September 1989, we were living in the comfortable, sleepy suburb of Monrovia, which was nestled at the feet of the stunning San Gabriel mountains, about ten miles outside of downtown L.A. Our house looked like something straight out of a Spielberg movie. It was a large bungalow painted a pale duck-egg blue with a large wooden veranda. There were lawns on either side of a central path where sprinklers spurted water on a timer to keep the grass green in the endless hot weather.

Inside the house there was more space than we knew what to do with and ceiling fans in every room. I became a nine year old with her own bathroom. There was an extra living-room called a ‘den’ with a Nintendo games console and a giant backyard where we could pick fresh oranges and limes straight off the trees. We were suddenly owners of an adorable dog called Rusty and an old white Toyota Celica, which we climbed into every weekend to dutifully explore every inch of America that we could, (this included a lot of canyons, national parks and of course, Disneyland.) Our next-door neighbours were so enamoured with us Brits that they said we could use their swimming pool anytime we liked, which we did. We would drive down to Zuma beach and boogie-board in the surf all day long. We shopped in huge malls, ate frozen yogurt and barbecued with our many new friends. We got tanned. Relaxed. Happy. My younger brother Simon and I agreed, this was probably as close to heaven as you could get.

Primary school in L.A. was also only a positive experience - the bullying I was to later experience for being ‘too tall’ was thankfully still a few years away. I was welcomed at Mayflower School with open arms and long after my English accent was replaced by a Californian drawl and I wasn’t a novelty anymore, I was relieved to find I still had a lovely group of friends around me. I was put in the year above me for English class after a teacher identified me as ‘gifted’ in that subject. Miraculously perhaps, I didn’t get any grief from the other kids for it.

I was already a fairly confident child before this but the experience of living in America, succeeding at school and making new friends definitely gave me a new inner strength, confidence and a resilience that would come in handy later, when things got a little rough. Moving to Los Angeles showed me that being spontaneous, and stepping outside of your comfort zone in order to experience something new can be really rewarding – even if it’s a little scary at first. In fact, I would go so far as to say it’s meant to feel scary. You just have to take that first crucial leap of faith.

Some 14 years later, it was time to take another leap. I had gone to Cambridge University and got a degree in English, followed by some interning at magazines and a junior copywriting job in a creative marketing agency. But somehow I just wasn’t feeling as excited about my life as I felt I should be. London’s journalism scene was far more nepotistic than I had realized and I couldn’t even get an interview at most of the places I wanted to work at. Things felt stale and I had become bored and frustrated of the city I had grown up in. I needed a change of surroundings and a new challenge - but where to go?

As fate would have it, an awesome German girl, (shout out to Nina!), was poached from a Berlin agency to come and work for the same creative marketing agency as me in London. We became friends and one day she said the immortal words “Hey Liz. You want to see something really cool? I’ll take you to Berlin.” That one brief, colourful, dizzying weekend in Berlin was all I needed to convince me that I had to live there. Even though I barely knew the city and didn’t speak German, something in my gut said I had to give it a shot. My family were stunned when I told them I was moving to Berlin, and people who hear the story for the first time today are still astonished that I had the gumption to move there alone.

For me it didn’t feel like such a strange thing to do though and I think that’s because my L.A experience made me fearless about moving to new places. I remember sitting on the U-Bahn not long after I first arrived and thinking to myself “I literally don’t know anybody here….how crazy….but how exciting!” As it turned out, taking a risk on Berlin did work out for me, and I stayed for an incredible eight years. Of course there were ups and downs but mostly it was an amazing experience. I made friends for life and even learnt German – a language I still love.

Interestingly, at the time I arrived there, in 2004, Berlin was becoming more international and many brands were starting to switch their consumer communications to English. I was at the right place and the right time and that helped me to score my first career success there – becoming the founder and chief editor of Electronic Beats Magazine for T-Mobile and running it for almost 5 years. I had no idea about that gap in the market before I moved to Berlin - but it’s exactly the sort of reward you get if sometimes you throw your cards on the table and go all in.

Because what’s the worst that can happen if you move somewhere new and you don’t like it? If it doesn’t work out, you move back and almost everything will still be the same. If you have the opportunity to work abroad I would say seize it with both hands. Or if you’re in a happy but long-distance relationship and they’re asking you to move, why not give it a shot? Nothing ventured, nothing gained.

The other great thing for me about being away in Berlin was that when I did finally decide to move back home to London, I discovered I was able to love it again, and now it’s a city I really enjoying living and working in.

Sometimes I wonder what other strange far away places I might call home one day. I know I’ll always be the kind of person willing to try somewhere new. And I’ll always have L.A and Berlin to thank for that. 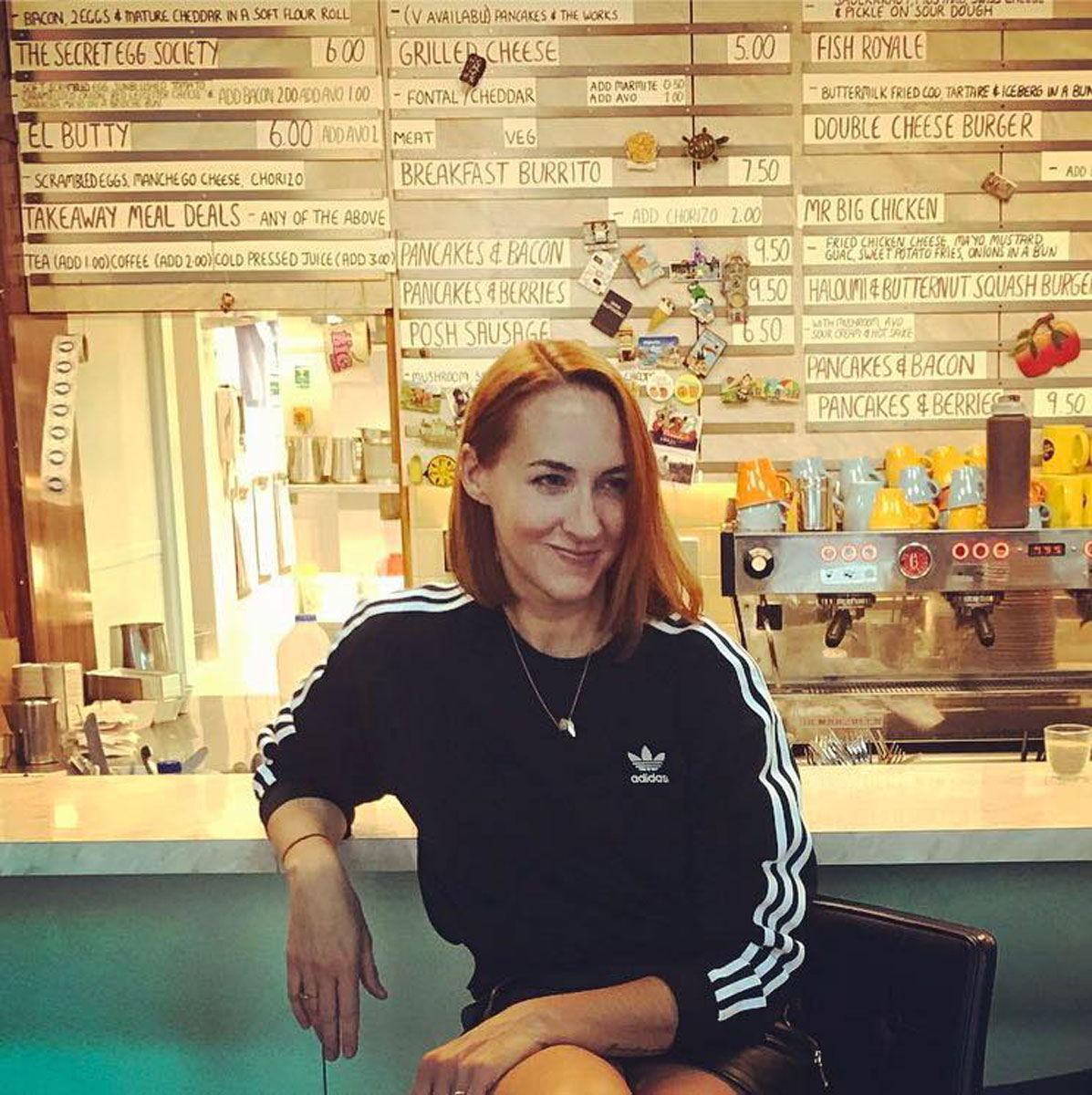 Elizabeth McGrath grew up in East London and studied English at Cambridge. She spent eight years in Berlin before returning to London to work in the advertising industry as a Senior Copywriter, writing for some of the world's biggest brands. She has just completed a Masters Degree in Creative Writing and is working on her first novel (when she finds the time.) She doesn't miss the Berlin winters but she does miss her friends, cycling around town, kase spaetzle, apfelschorle and the wahnsinn.