I like a story that touches your heart. That is not only sweet but also funny. To me life is often absurd and the best way to deal with it is to laugh and accept that things are usually complex. The stories I like reflect this absurdity or complexity.

The New York Times called her "hilarious" - Claudia Boldt writes and illustrates children's books which take its readers into strange worlds with absurd characters. We personally love a good children's book, no matter how old we get. berlin-losangeles had the pleasure of learning more about the creative process and getting an exclusive sneak peek into Claudia's first graphic novel.

When did you know that you wanted to work in children's books and which steps did you take to learn the tools you need to write and illustrate your own books?

When I graduated high school, I was convinced that I wanted to be a product designer because it seemed creative, and it seemed possible to get a job. After my first year at university, I knew that designing products was neither my strong suit nor my passion. At the end of the year, I went to the art school degree show and I was blown away by the illustration department. I just loved their work, and it wasn’t something I had ever seen before.

For various silly reasons – “maybe the course will get better / I should finish what I start / I can’t stop now because I want to do my exchange year in Paris” – I ended up finishing my first degree. At least it was interdisciplinary, and I worked a year in graphic and service design afterwards. But I kept thinking about that illustration show and what it would have been like to study illustration.

I was better at illustrating as I actually had drawn all my life, but my writing was pretty clunky. About seven years into my illustration career, I started taking screenwriting classes to get a better sense of story and structure. That really helped my storytelling and I have since then started writing comics for slightly older children which makes it possible to write longer stories which I really enjoy.

Finally, I don’t think I will ever stop learning. There are always new tools and new things to explore and that’s great as I get bored pretty easily!

What comes first, text or illustrations?

That’s a great question. For me it’s the text. The best way to approach it is to think about it simultaneously. I try but I only imagine the pictures rather than drawing them. My stories change so much that I can’t illustrate every single version of one text. I would never finish. The text must have a certain quality before I start illustrating. But I definitely still make edits after I start illustrating. It's more like fine tuning. I might have to add a picture or a sentence to make it really flow.

We heard that wiener dogs are your favorite things to draw – what makes it such a special character for you?

Haha! I never thought about it, but I think wiener dogs look so funny in real life that they are amazingly easy to draw as a cartoon. That long body, which looks like a sausage and the way they run with their short legs…it just makes me smile.

What makes a good children's book?

Personally, I like books which are bittersweet. Something with a real story… not let’s say an alphabet book or any kind of preachy story where you are supposed to learn something. I like a story that touches your heart. That is not only sweet but also funny.

To me life is often absurd and the best way to deal with it is to laugh and accept that things are usually complex. The stories I like reflect this absurdity or complexity. I am sure there are lots of picture books that children love that don’t fall into this category, but these are the stories that I am always looking for.

I don’t think that picture books are only good for children. If I find a story that I love it doesn’t matter if it’s short or long or has pictures or not. To be honest, I am not sure what makes a good picture book from a child psychologist’s point of view. I should probably know more about that. My answer is telling you what picture books I like rather than what is a good book for children.

Writer's block is something most of us have heard of or experienced one way or another. Which tips can you share with us on how to get started and keep creativity flowing?

To be honest, I have definitely felt burned out on drawing, but I have not had writers block for a long time. I think that’s because illustrating takes so long, and I can’t keep up with illustrating my stories. Things I do to make me feel like drawing again are taking a vacation if I can. Or spending time in nature, seeing friends, doing other things until I feel like working again! I know it might seem like that urge might never return but so far it has always worked! It seems to me that once you do something other than staring at the screen new ideas will come! Another thing that motivates me are deadlines…so if I join a writers group I will actually write more and stop procrastinating!

The pandemic has affected everyone in one way or another. What did you stop or start doing and why?

The pandemic did have a big effect on my work as well as my work-life balance. It made me pursue the things I always wanted to do but never took the time for because I felt like if we all die soon, I might as well do something meaningful to me.

I started horse riding three times a week instead of just once.

For the longest time I have been talking about how much I dislike working on the computer so much and I finally colored my latest project by hand which was so much more fun.

I have mainly illustrated other people’s stories and books for the past five years, and I was frustrated that I never took the time to illustrate my own stories anymore. I have now focused on illustrating only my own texts again.

We love how you used this difficult and uncertain situation to change your life and work for the better. Can you share a bit more about your next book release and its characters?

I am working on my first graphic novel which is for a slightly older age group of 7-9 year old's. Sausage and Mia: Chronicle of a friendship is a collection of short comics which revolve around the daily joys and struggles of Willow, an animal-pleasing sausage dog, and Mia, an eccentric French bulldog – two best friends in a world where animals speak and go to school just like humans. The urge to make oneself more important, to be liked, to succeed, and to please, is the same here as it is in any school. While many of the humorous stories result from small misunderstandings and misadventures, they also speak to issues like adoption, bullying, falling in love, and the meaning of friendship.

‍
I am including a couple of color images of this project as well as a black and white pencil rough to show how the project is developing. I had shown the color version to some publishers, and I got the feedback that they love the text and the illustration but the characters in the illustrations look too young for that slightly older age group. So, I am currently re-drawing the roughs. I think the characters look older now! I hope the publisher will agree! 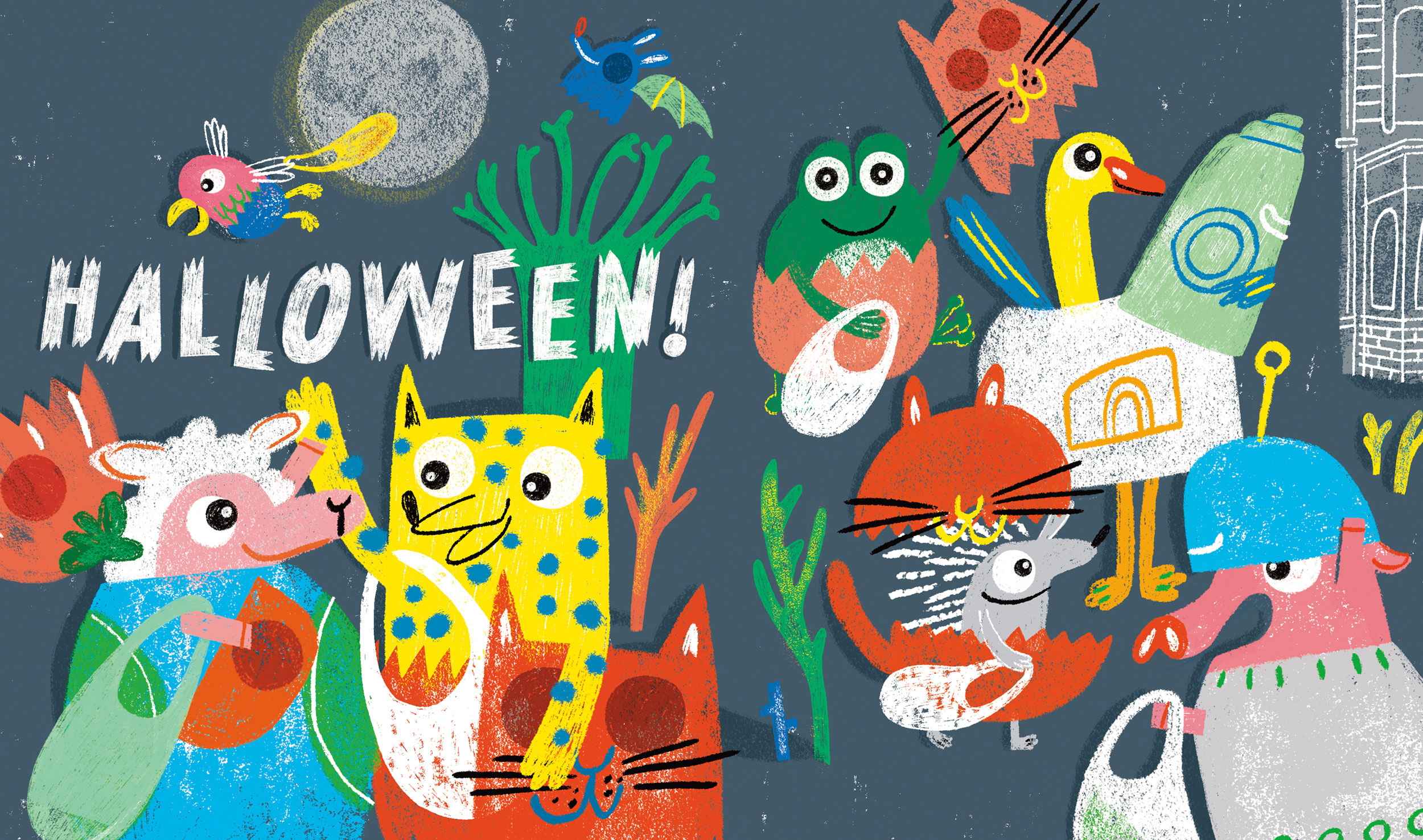 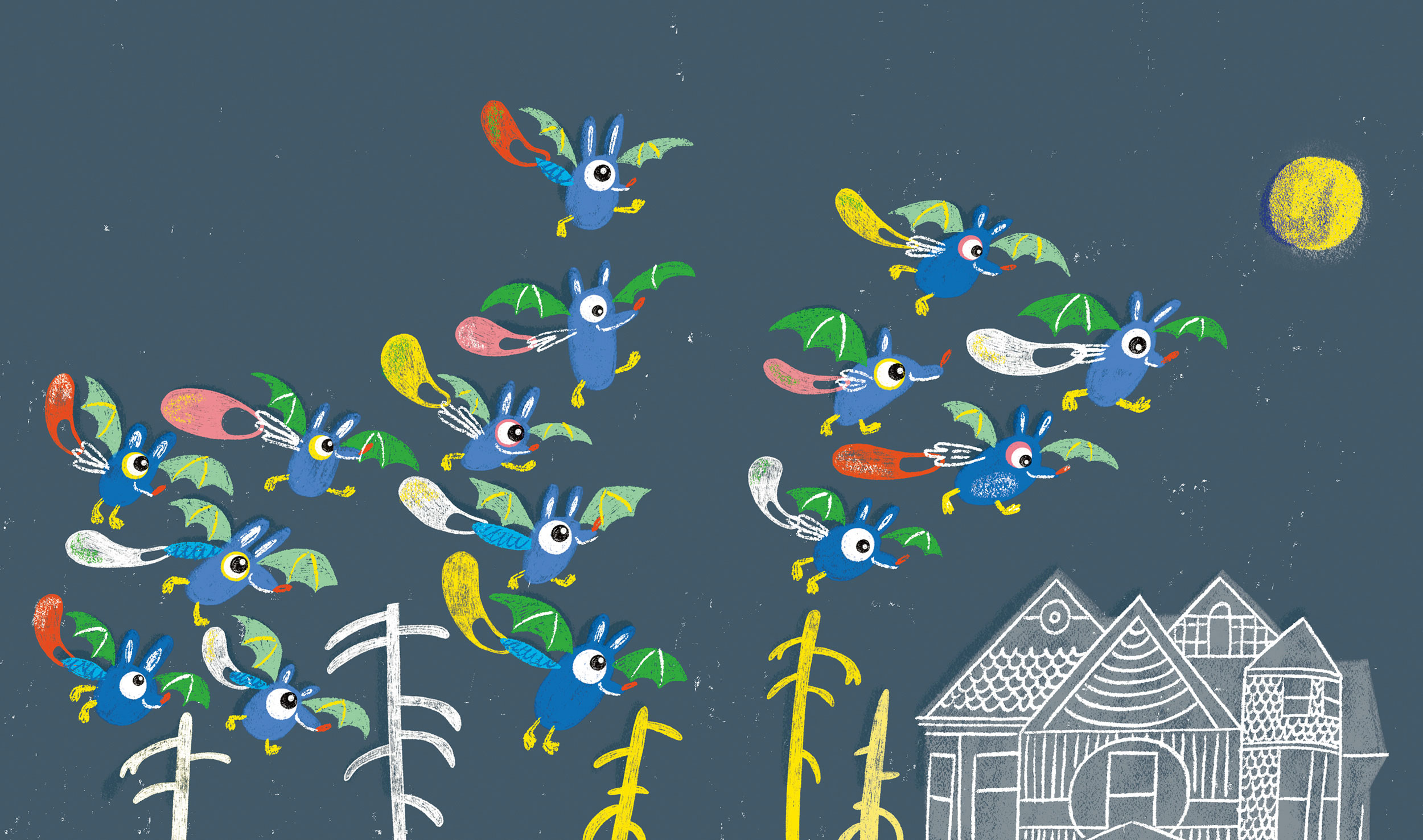 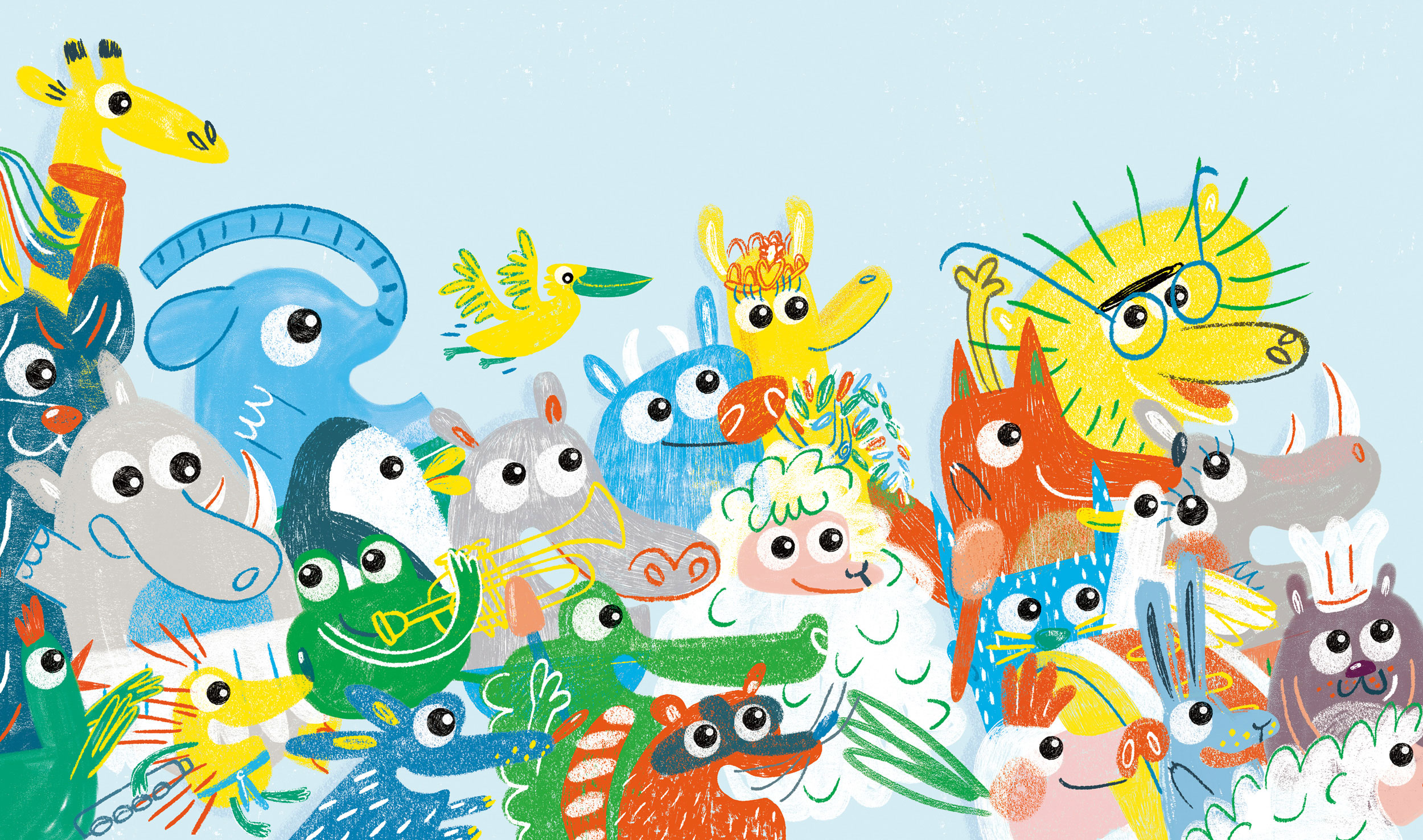 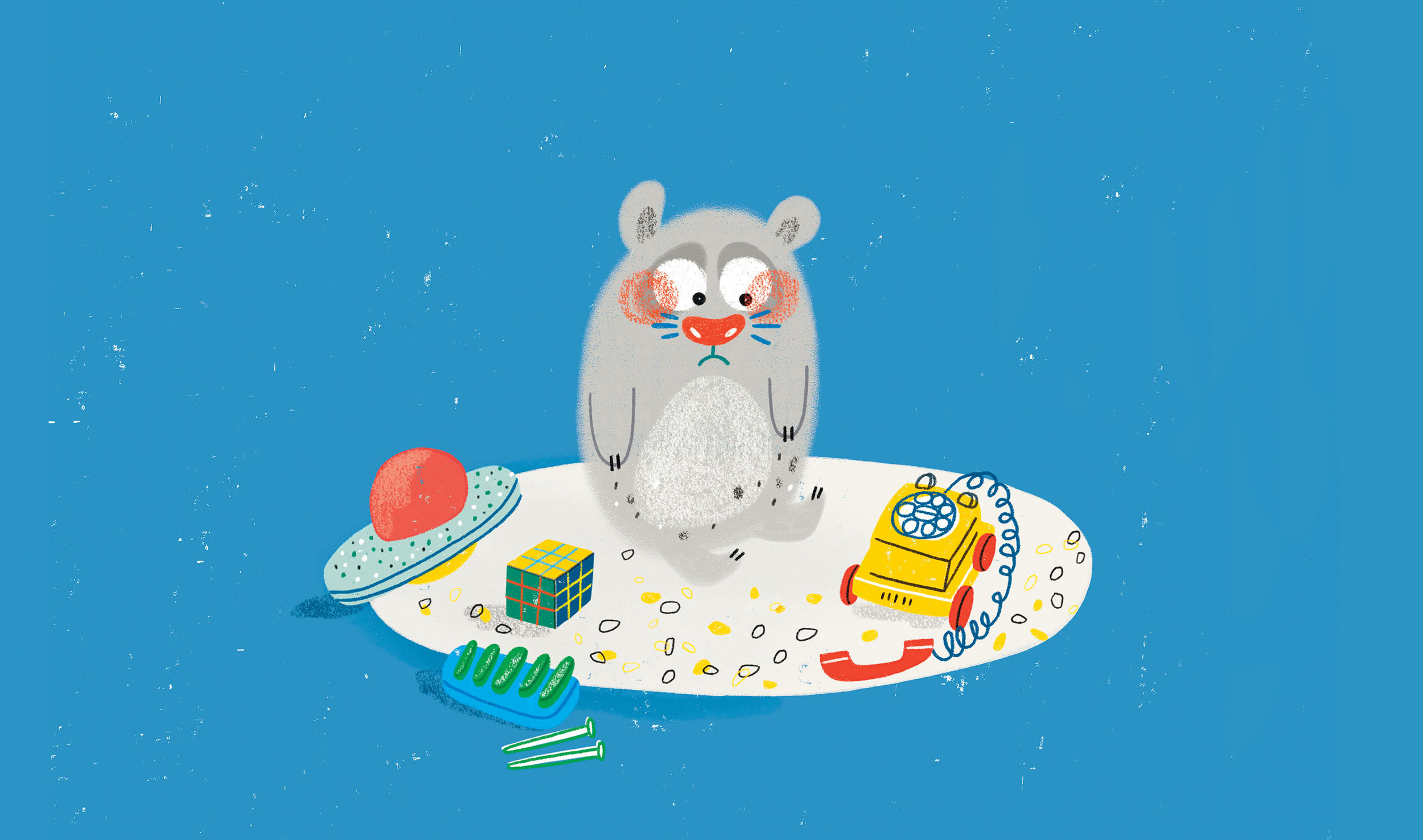 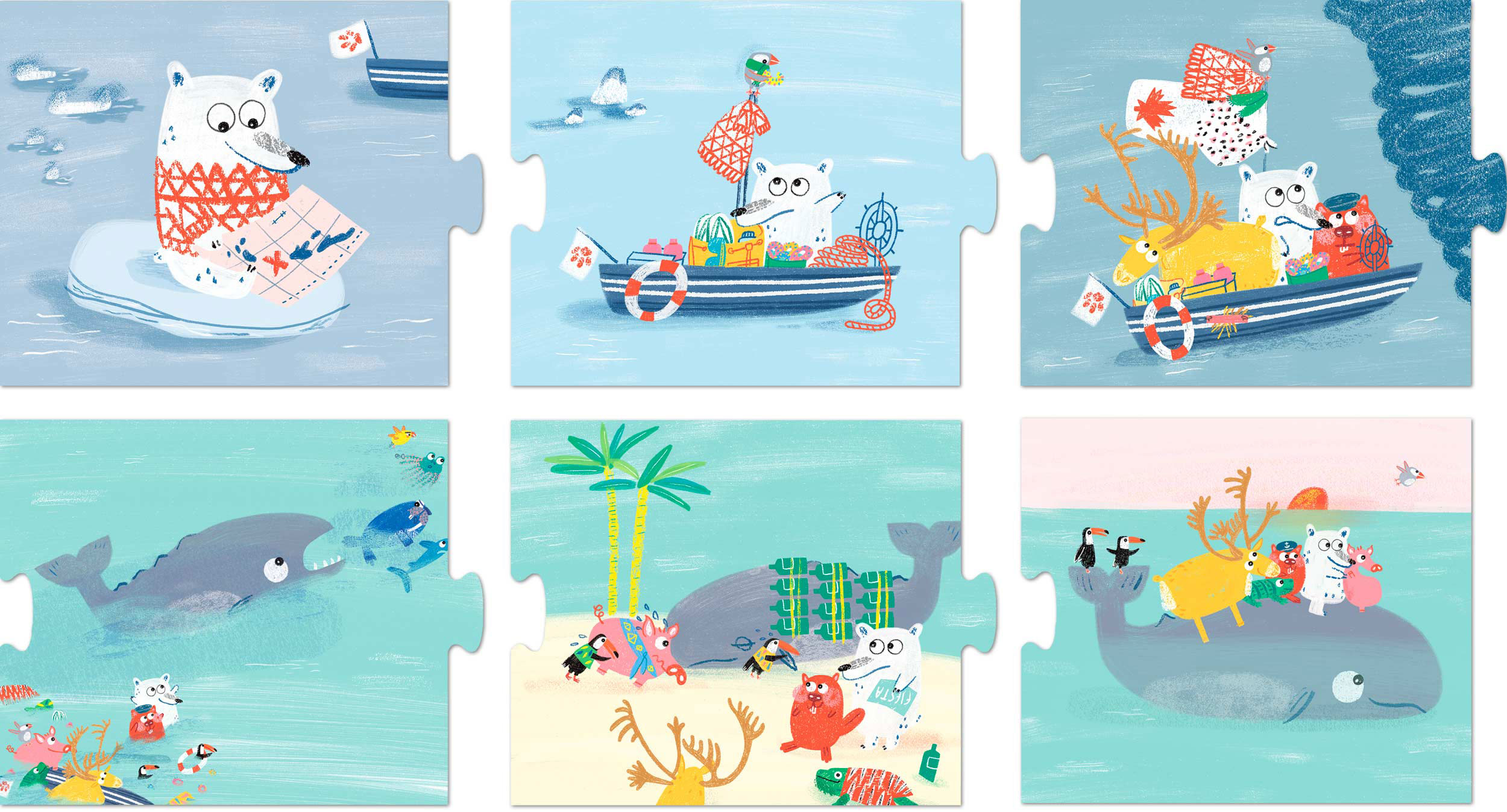 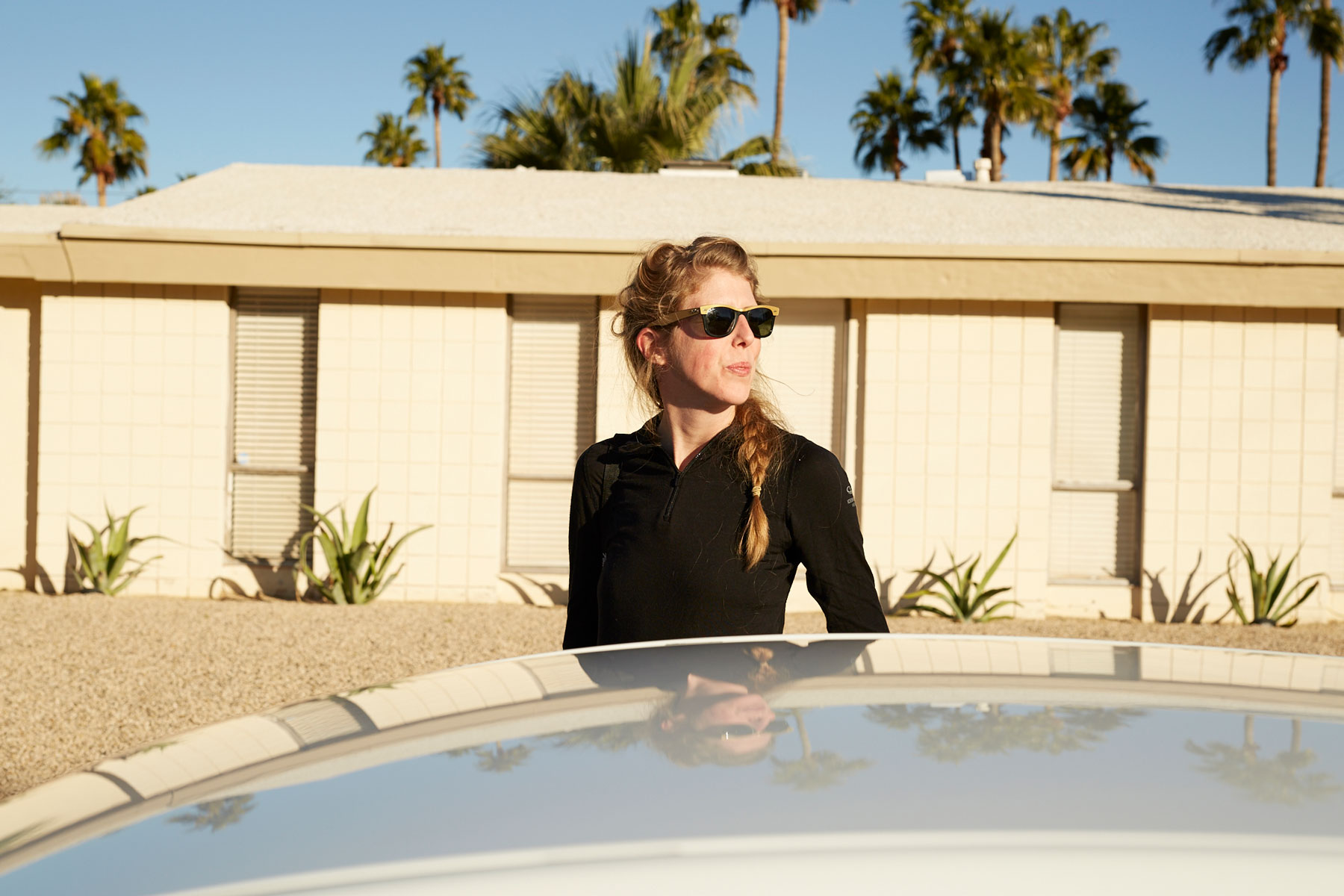 Claudia's specialty is to write and illustrate slightly absurd coming of age comedies starring animal characters who struggle to be their better selves. Fourteen of her books have been published to this day. She is a recipient of the Booktrust Best New Illustrator Award, The White Ravens and her work has been selected for the Bologna Illustrators Exhibition.

Growing up in Germany she was a big fan of everything created by Jim Henson, Richard Scarry and Charles Schulz. Maybe that’s why Claudia ended up living in Los Angeles. Her absolute favorite animals to draw are sausage dogs. When she is not in her studio Claudia can be found horse riding in Los Angeles Forest.