The story of a Jewish American immigrant, facing her ancestors past in Berlin and learning to embrace and love the city like no other.

The many changing faces of Berlin

In the fall of 1983, I was traveling with a girlfriend on a six-week Euro rail pass. Our travels eventually brought us to Berlin where we stayed at the famous Kempinski hotel, dined at the Paris Bar and scoured the flea market for treasures.  There we met two young Berliner guys who invited us out. They wanted to show us the wild side of Berlin and brought us to Kreuzberg to hear a band.  Shortly after we entered this dark cavernous place, the stage exploded with noise, the band screaming in agony as they punched at their guitars, the crowd went nuts Slam Dancing and soon I was separated from the others, my feet no longer touching the ground as I was crunched shoulder to shoulder, being swayed inside of this volcanic eruption of madness. Our two escorts eventually swam across the throngs of gyrating bodies, grabbed our hands and pulled us out towards the exit. We discovered the door we had entered was now bolted shut. Luckily our dates found another escape hatch and sprung us from the madness. The guys explained that the reason they bolt the door shut is to keep the now maddening crowd from pouring into the streets and creating havoc. They must have missed one as right in front of us, 300 feet away was an upside down car blazing in flames.

I have since returned to Kreuzberg many times and though the area has become one of the more appealing neighborhoods to live in, you can still see signs and residue everywhere of the wild days gone by.

On that same trip, my friend and I decided to visit East Berlin and once thru Check Point Charlie we were requested to change 34 West German Marks for East German Marks. It was a cold and dreary day in November and I recall walking thru the deserted streets passing shop windows empty but for a head of cabbage in the food market and 3 dusty women’s chapeaus in the local Hutladen. The streets were littered with old rusted pipes laying askew as if they were meant to build something that never happened.  My friend and I were now chilled to the bone, both emotionally and physically and took refuge in a nearby cafe.  Once seated, we looked at one another, mirroring our shared sense of dread and foreboding. We were alone in this small café and when the waiter approached we both agreed that we had not the stomach for even a cup of tea and left. Time had passed slowly and the night chill was rolling in so we decided it was time to head back to the East.  When we arrived at Check Point Charlie the attendant asked us what we had spent our money on and we said nothing.  So he put out his hand as if to collect our money.  So we asked where was the nearest bank, thinking we would change these East Marks back to West German Marks.  Once in the bank, we realized that they had no intention of exchanging our money and we walked out.  Crossing the square back to Check Point Charlie, we passed an old woman shuffling by and stopped her.  I looked into her gray blank eyes, took her hand, turned it over and laid our marks in her open palm and then waved my Passport, and said “ AMERICAN, AMERICAN”, you keep this.  As we walked away we saw the woman still standing frozen like a shrouded statue, staring back at us.  Once back inside of Check Point Charlie the attendant now asked us if we went to the Bank.  We said Yes we had.  He asked us for a document from the bank.  We said we had none.  That we did not exchange the money but gave it to an old lady.  He SHOUTED at us to sit down on this lone bench and stormed out of the room.  Now we are starting to get a bit scared having never stopped to consider our actions might put us in danger.  The attendant left us sitting there in the cold room for some time and then briskly returned.  He then lifted the gate and shouted at us to GO.

We happily ran, almost skipping, thru the gate singing, God Bless America all the way back to Friedrichstrasse. Those first days in Berlin left me feeling quite shattered and distraught, feeling my German Jewish roots, everywhere we went.

Imagining my ancestors and the hell they endured. Everything felt dangerous to me. I have since returned almost a dozen times, first for work and now for the utter pleasure of riding a bike through the wide boulevards of Berlin under the sweet scent of the Linden trees. The city has changed so much. Unlike other countries who were partners in those days of madness, Berlin does not live in the shadows of its past but rather sets out to reveal its shared past by creating installations and art pieces that can be heard to say, “ NEVER AGAIN, NEVER AGAIN, WE HAVE ALL LEARNED FROM THIS”. So, I have come to love this city, its public art (graffiti), the culture, museums, cafes, bars, clubs, canals, changing weather patterns, people of all ages and style, dining under one roof, drinking beer at the same pub, and the opportunity to go to a club on a Friday evening and stay until Monday if you so choose.  The city reminds me of living in NYC in the 80’s, the rawness and sense of adventure but with a much more sophisticated dining scene!

Berlin of today, offers so much to feel, investigate, discover and love. I say to anyone who asks, Berlin is my favorite city in the world. I always delight when they ask me why so I can dig up a memory and expound on all of my reasons why. 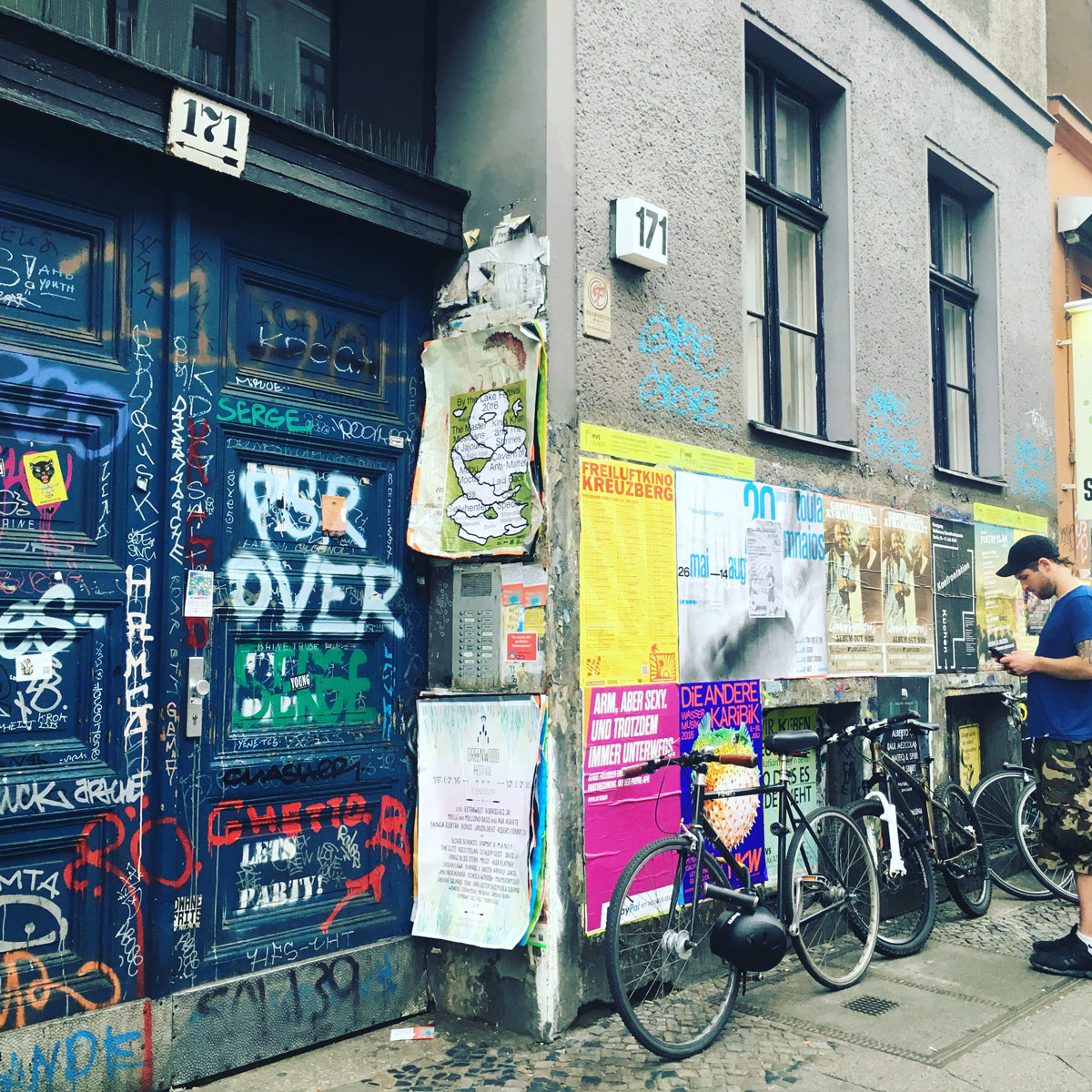 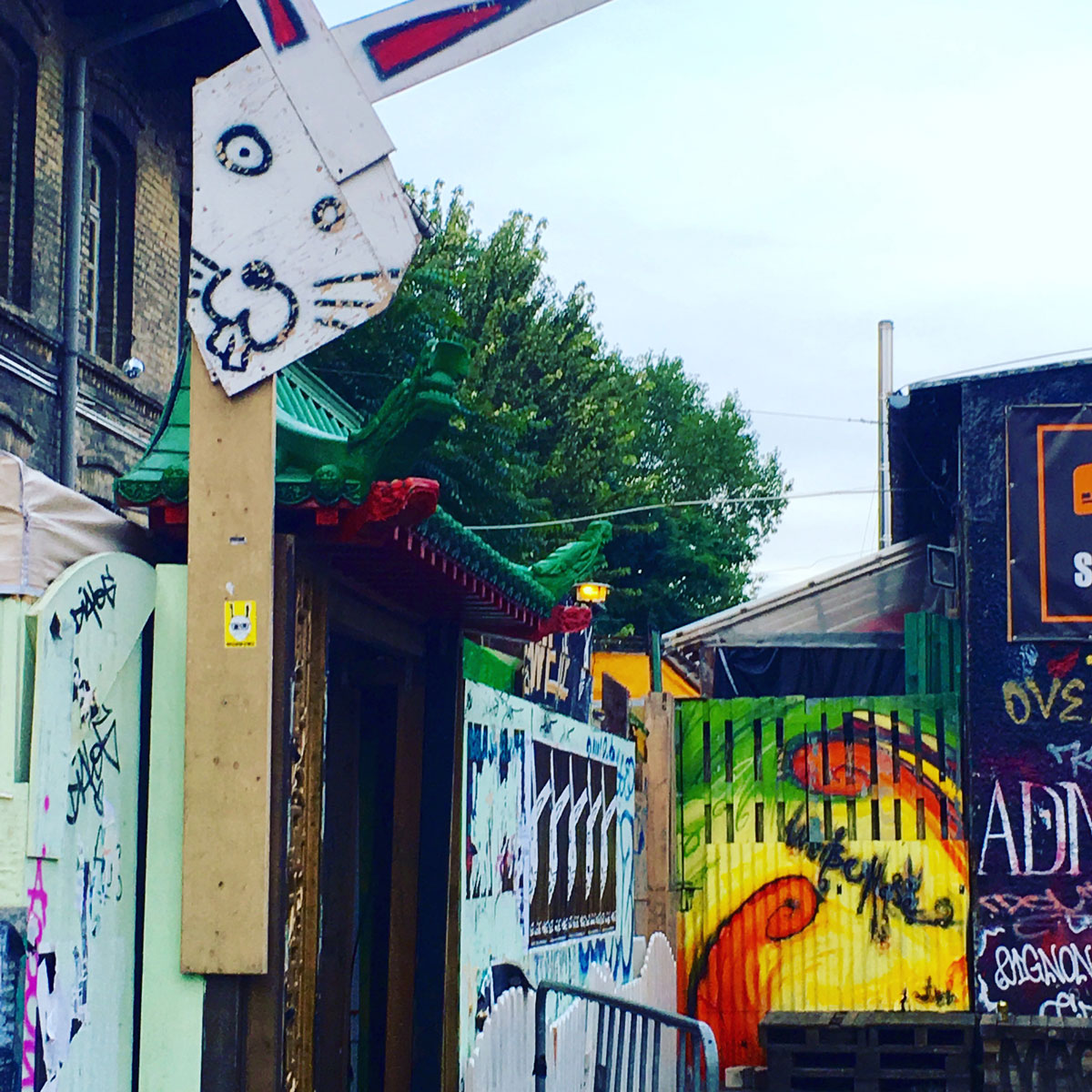 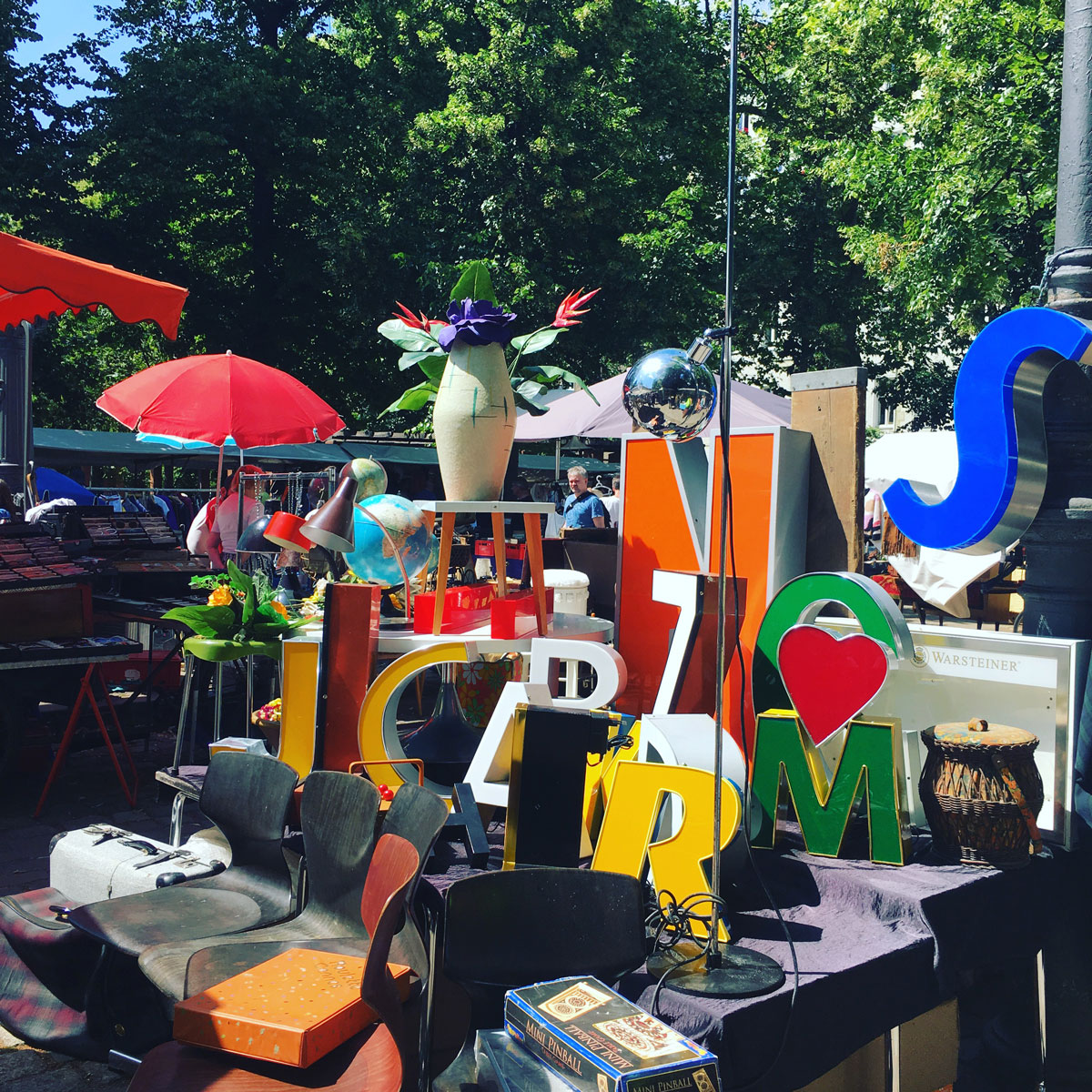 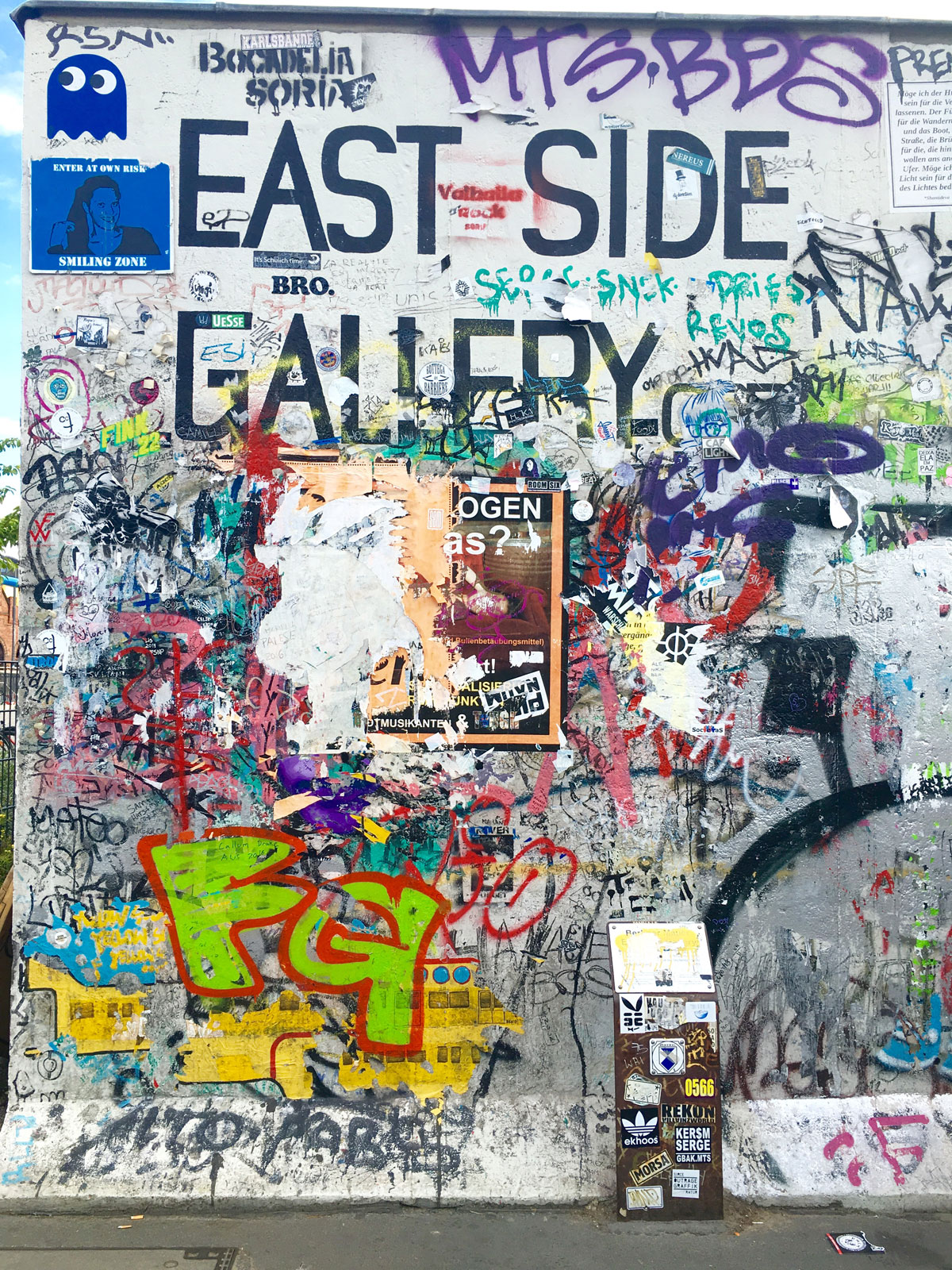 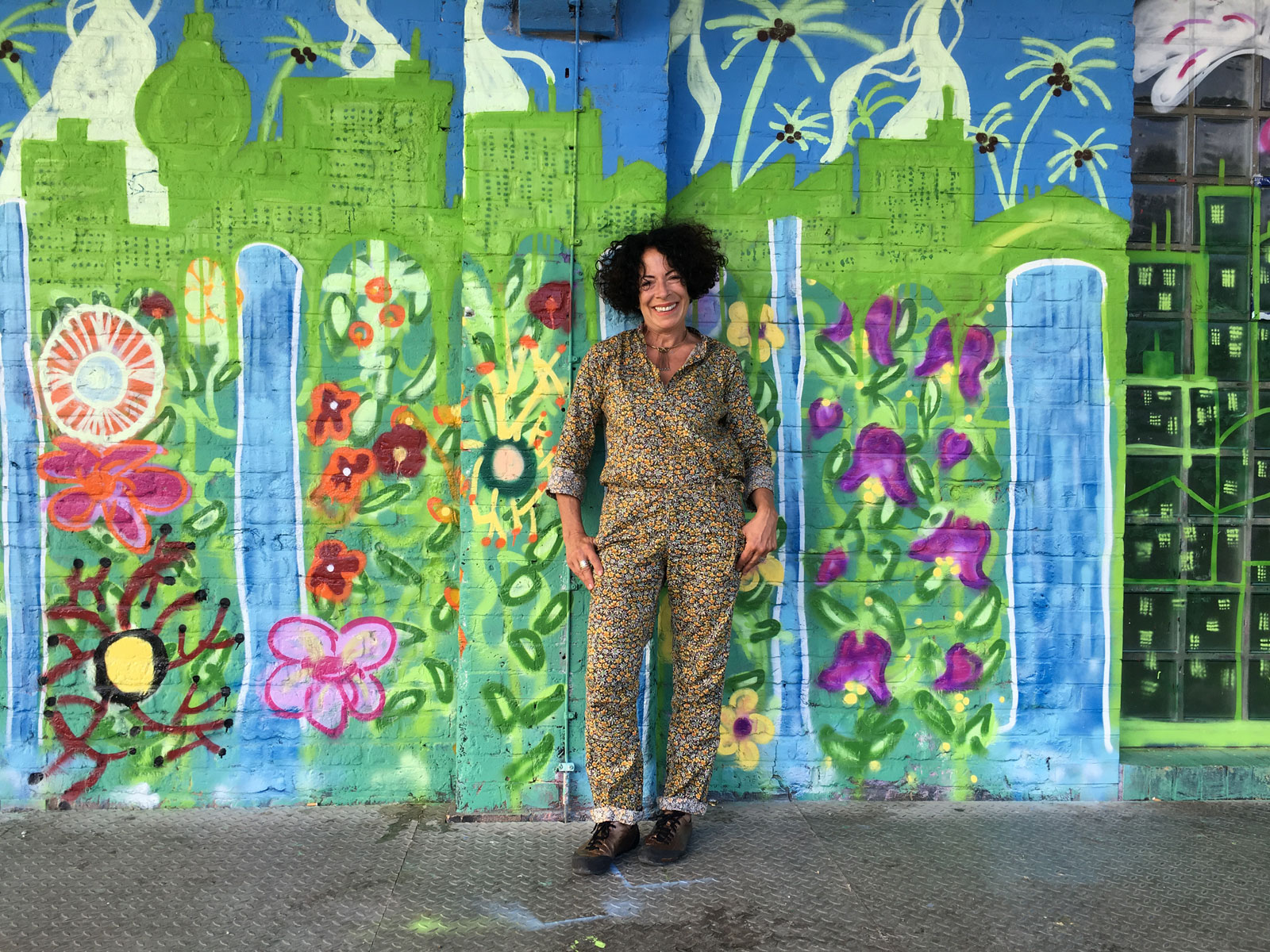 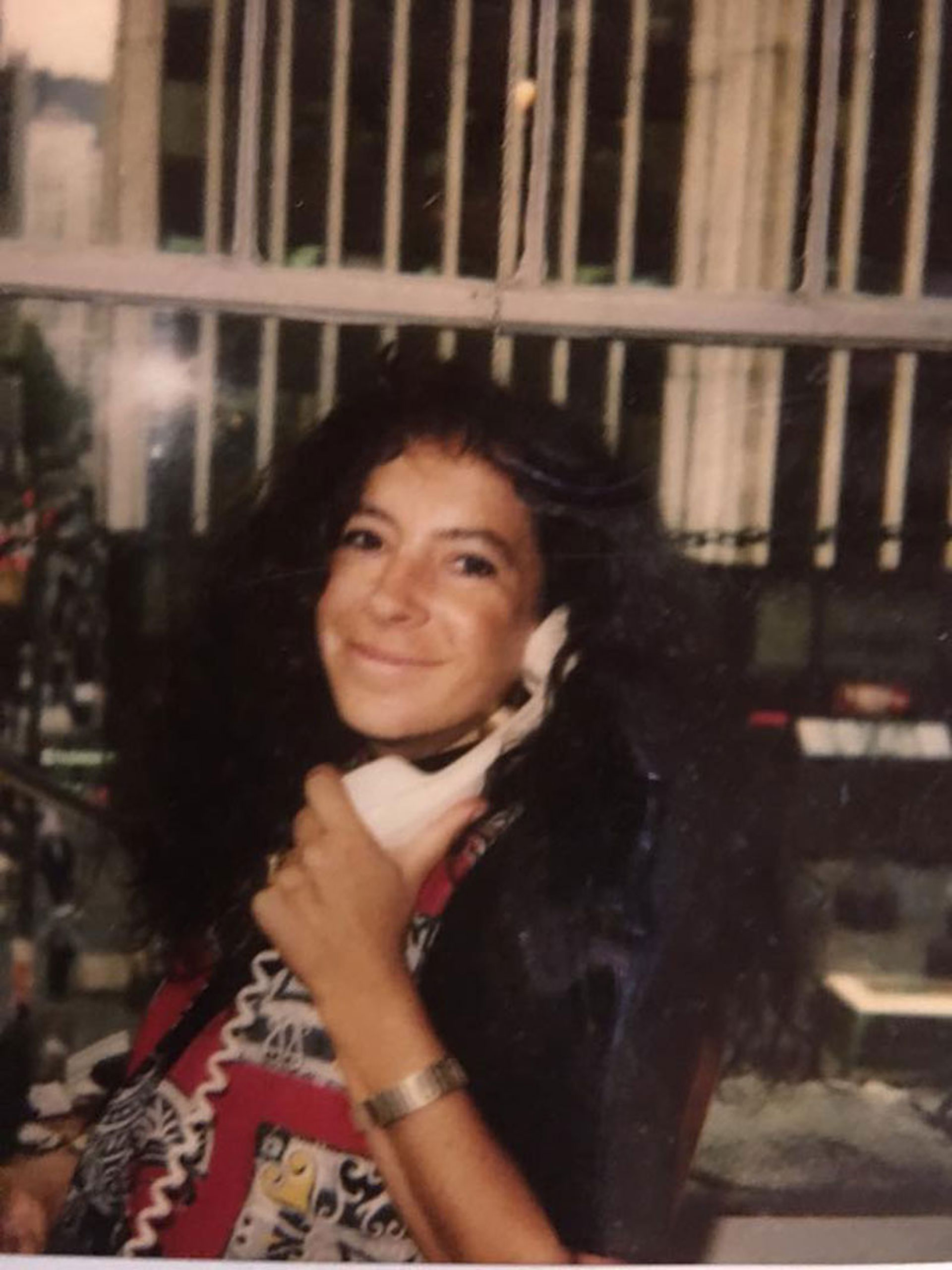 Co-Founder of the Fashion Trade Show Designers & Agents, she is a force of nature, a mover and a shaker who is always one step ahead of the curve. She has forged an international reputation as an innovative force in the fashion industry in her 35+ year career spanning every segment of fashion from designer, agent, merchandiser, teacher, lecturer, consultant, curator, and trade show producer. Born in Chicago, she is now residing in Los Angeles and loves to travel to Berlin as often as she can.