Flux.fm interviewed Anne Philippi about her two favorite cities, Berlin and Los Angeles. A perfect opportunity to learn more about our editor in chief.

LA has glamour, Berlin is cheap but sexy. What do you like more?

Of course, I like LA better (laughs). Just kidding. I must say, I actually like both very much. The funny thing is, with LA glamour everyone thinks of Hollywood when they hear LA, but in recent years, Los Angeles has really changed a lot. It's just growing into a very interesting city that is not just Hollywood, not just glitz and glamour. And with Berlin, I feel that it is the same, it is not only this cheap but sexy story. Berlin is becoming more luxurious, and Los Angeles is becoming more alternative.

Berlin or LA, where do you want to grow old?

If I were a billionaire, I would probably grow old in LA (laughs), but you have to drive for a very long time in LA if you do not have a driver. There are a lot of 90-year-olds driving cars. Without a car, one is stuck there. That's why rationality says grow old in Berlin, and desire says grow old in LA.

If you are in LA and miss Berlin, where do you go?

Funnily enough, when I walk through Downtown LA, I have a feeling that it could be Berlin. There are still many buildings from the 1920s, Art Deco buildings, such as the Ace Hotel. When you walk around Broadway in this area, you feel like you are in 1920s Berlin, because that's a part of LA, which was very vibrant in the 20's and 30's, and where a lot has happened. There were a lot of restaurants from back then that are being rediscovered now.

If you are in Berlin and miss LA, where are you going?

I go to yoga immediately, Shiva Muckti, for example, is very LA. Then I always have a day to eat healthy, as if I'm in LA. Then I buy only juice, eat vegan things and do the total LA health program. I pretend I'm going straight to the beach.

Both cities, Berlin and LA, have their own way of life. How does that differ?

The most important point is that, of course, Berlin life takes place at night and LA life takes place in the day. It's really like that. You cannot ignore it. People in LA usually get up very early, then go to yoga or the gym and then to work. So at 5, 6 o'clock work is over and then it's just family time. And here in Berlin, it's not unusual, even if you work, that you do not get home until 1-2 o'clock in the morning. 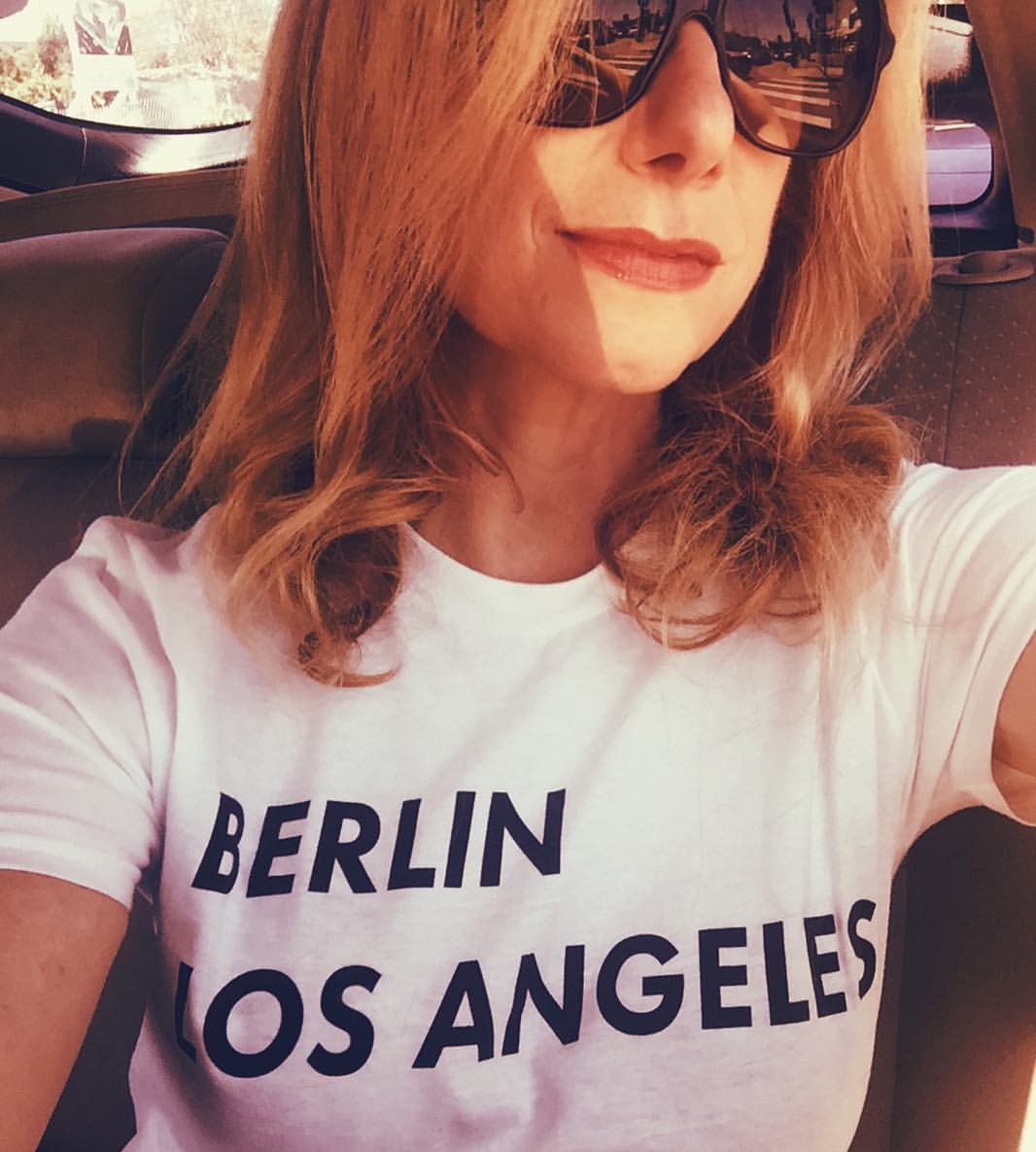 I was born in Alsace Lorraine, half French, half German. I worked as a reporter for Vanity Fair in the 2000nds in Berlin and I was travel addict at the time, then I went to Hollywood, became a  correspondant for “GQ” and “Süddeutsche Zeitung” in Los Angeles. I love interviewing people, my favorite ones were Amy Winehouse, Michel Douglas, Hugh Hefner. In 2015 I published my first novel “Giraffen”. I am a strong admirer, almost an annyoing fan of  GOOP, Lena Dunham, “GiRLS" Kelly Oxford and Judd Apatow. I am a kundalini yoga person, caffeine friend, hiking lover. I feel at ease in LA. It’s the place where I can get closest to the person I am now.