Alexa Karolinski has a multifaceted view of the world, exemplified by her multiple favorite coffees, a plethora of perspectives, and a wide range of feelings expressed through her scriptwriting.

Berlin is: lots of coffee, always having a friend to go to the Paris bar with, more serious, somewhere to belong, a place where I feel guilty because I do not live with my family.

Alexa Karolinski has a multifaceted view of the world, exemplified by her multiple favorite coffees, a plethora of perspectives, and a wide range of feelings expressed through her scriptwriting. After visiting Equinox, Alexa sips a coffee, and you can see evidence of this as her many thoughts fly around her head. You can also see this in Karolinski's films, where one-dimensional worlds do not exist. Not surprisingly, Alexa does not have just one place she would like to live in. "I have this dream scenario to live in Los Angeles and Berlin in equal parts."

Karolinski’s life began in Berlin, where she grew up in the Jewish community. Alexa worked at Vice, and then eventually decided to move to New York. During Alexa’s time in New York at the School of Visual Arts, she could always be seen sporting a heavy chain and short hair.

Thus, Alexa's Los Angeles life began. She married her husband, Basil Katz, an LA native and bought her first house on Craigslist with a view overlooking West Hollywood, all of which gave her a big Los Angeles welcome.  Los Angeles caused Alexa to work differently. "I work more effectively because I am lonely so my work is getting better." Between Hikes with her dog Lupa in Hollywood, Alexa has been creating many films that deal with historical events, but fail to come off as dry. At the moment, Karolinski's themes of family, community, and empathy are ones that Los Angeles and Berlin both deal with. How do you survive and love yourself in a gigantic city? How do you communicate love and warmth at all? In a short film for "Eckhaus Latta" and Army of Love shot with Ingo Niermann, these themes are illustrated throughout. One thing is absolute, wherever a Karolinski film plays, it will have the aura of both cities in itself. And therefore, Alexa's films are heart wrenching, but strong. 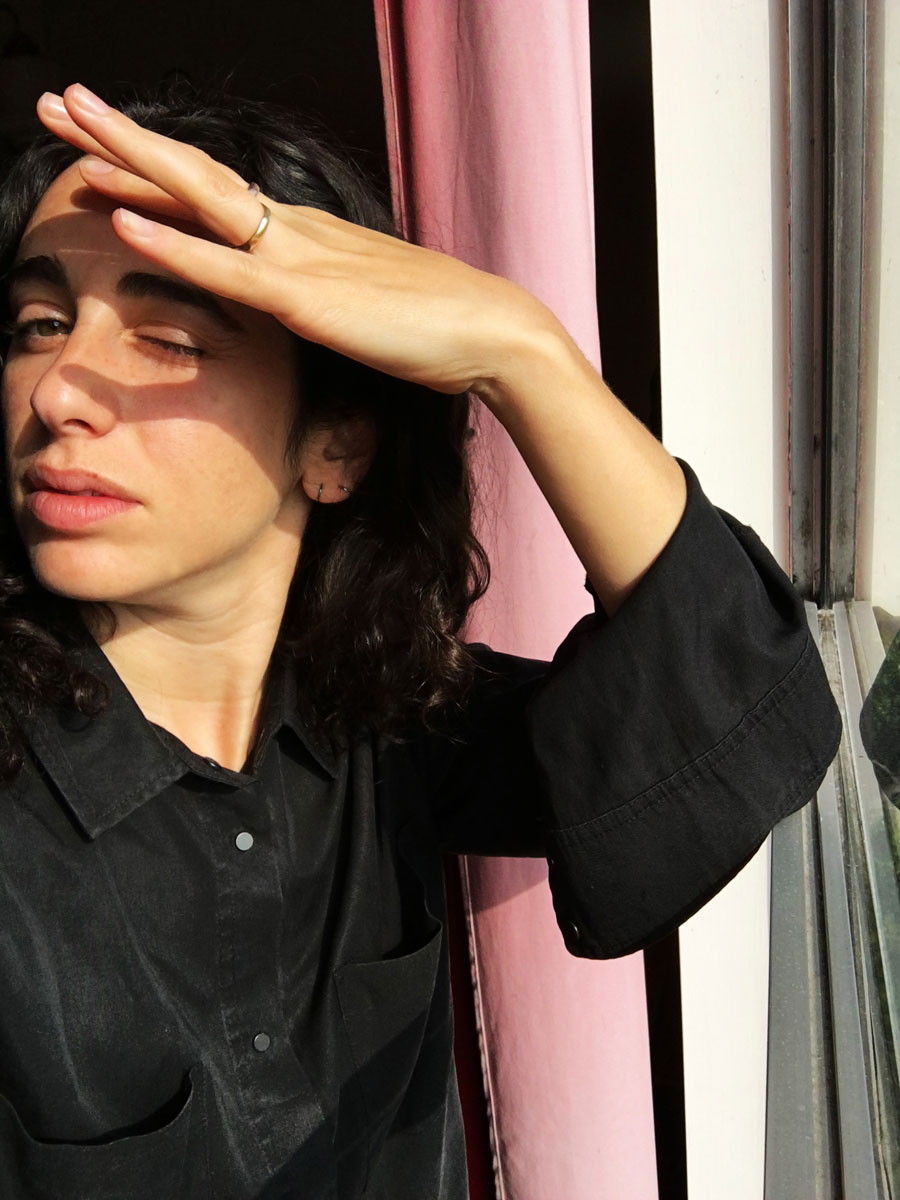 Alexa Karolinski lives in LA, with her husband Basil and dog Lupa. It’s the California Dream realized since they are very good at entertaining at their new house, while at the same time working very creatively. Originally from Berlin, Alexa continues to maintain strong ties to Germany while living in the States and working as a freelance filmmaker. Her film "Oma and Bella" got several awards. Alexa also shot several videos for the fashion house "EckhausLatta".