Listen to these two guys talking about crazy Berlin and surreal LA.

Johann: "I do not feel Berlin is Germany"

Aaron: "Oh, I do not feel LA is America"

Aaron, when did you understand Berlin?

Oh, it was great. In the 90s. We went to a club, it was a former school, children's drawings were still hanging on the walls, but the party was wild, experimental. I had the feeling that I had landed in the most remote place in the world.

Johann, how is Berlin currently for you?

I found it gigantic, in my twenties. Now, I do not really connect with Berlin. I believe it is not a home, it is a place to which many people come, but do not stay. This is a quality of Berlin. I feel LA much closer now, it speaks to me. 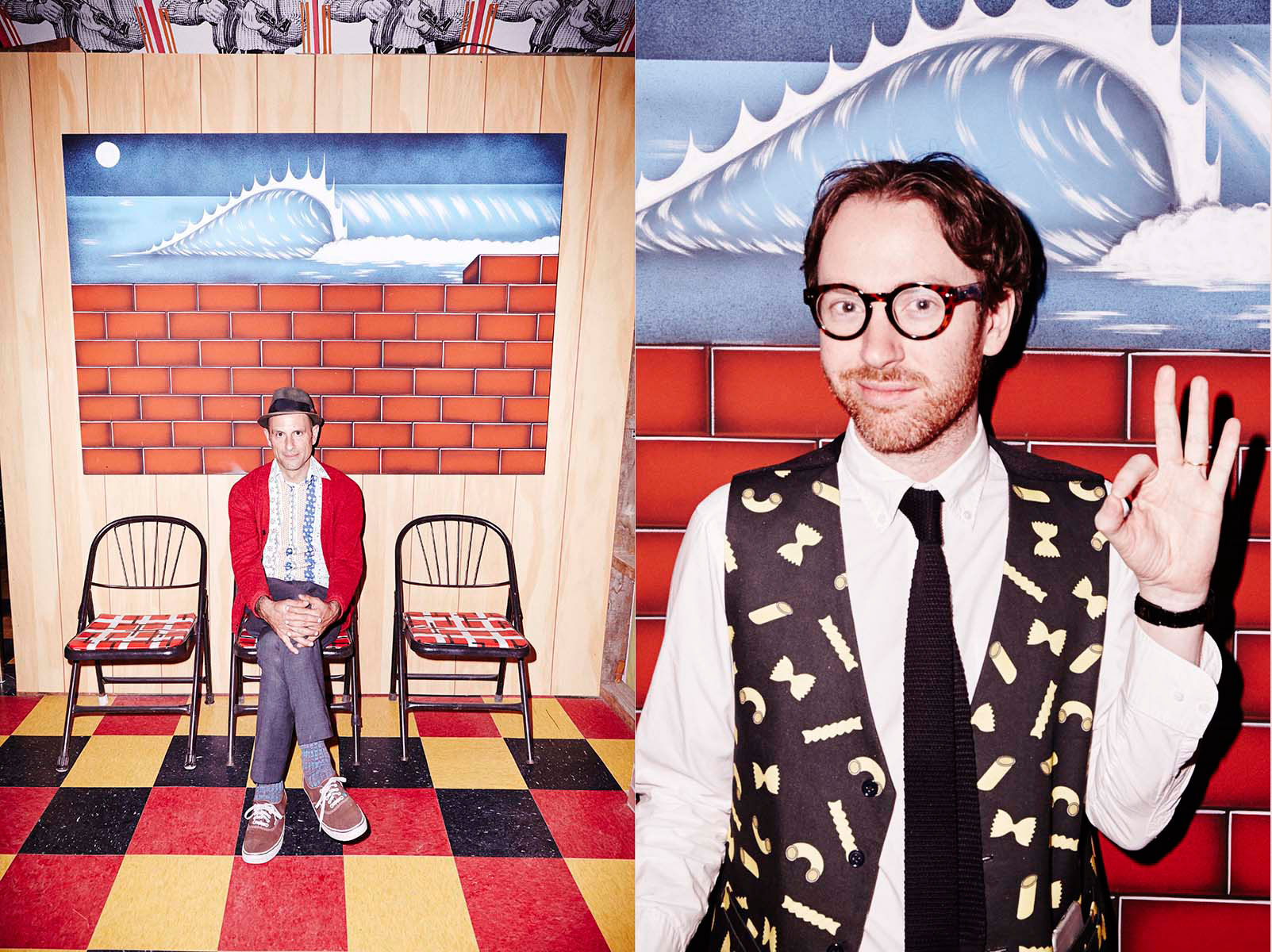 About Aaron Rose
Aaron Rose is well known as one of the cornerstones of the modern urban art movement. For ten years he was owner/director of the Alleged Gallery in New York. In 2006, Rose was co-curator of the museum exhibition Beautiful Losers: Contemporary Art & Street Culture which toured the world through 2009. In 2011 he co-curated (with Roger Gastman and Jeffrey Deitch) a large-scale exhibition titled "Art In The Streets", which opened to record crowds at the Los Angeles Museum of Contemporary Art (MoCA). Aaron Rose lives and works in Los Angeles.

Johann Haehling von Lanzenauer is your man,when it comes to German urban art. He ran an advertising agency, worked as creative advisor for powerhouses such as Nike but then committed himself to the art world – specifically to Street Art. Johann now runs three "Circle Culture" spaces, two in Berlinanda third one in Hamburg. He is friend and gallerist to some of the most exciting talents of the scene, such as Shepard Fairey, Stefan Strumbel or Raymond Pettibon.

About The Conversation
The Conversation is a project based in Berlin and Los Angeles that started 2016. A collaboration between artist/curator Aaron Rose and creative entrepreneur/gallerist Johann Haehling von Lanzenauer. "The Conversation" will function as a commercial and cultural space where projects in all mediums can come to fruition through a diverse and talented international group of creative individuals. An exchange of ideas that happens in a three-dimensional context. Each presentation is a question. Maybe an explanation. A place where artists come together to make sense of the world.